Alternative energy index funds have been established by a number of organisations around the world. They recognise the key segment the associated industries occupy in the world. 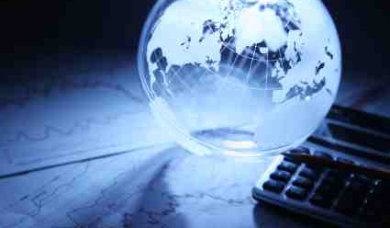 And also the interest there is in the segment for results and for new growth possibilities.

As noted before there has been a decline in the value of most of these alternative energy index funds with the recent economic downturn, indicating possible lessened interest or commitment.

A useful function of the alternative energy index funds is the tracking of larger companies in the field. There is wide variation between the various funds in the types of alternative energy, the numbers in each index and the regions the companies can be from.

For those that are trading entities there is the well-known trend that index funds generally outperform mutual funds significantly.

We will cover the major known index funds, their structure and aims.

RENIXX is a German based alternative energy index launched at the beginning of May 2006 with 15 companies based in Europe, North America, China and Australia.

It lists the largest (by market capitalisation) companies throughout the world that generate at least fifty percent of their income from:

No greater total than fifty percent of the companies can come from one sector. Although the stocks themselves are traded on the largest exchanges for each company, their quoted values are in Euros and updated hourly.

The composition is checked twice yearly and the weighting checked four times a year. By 2009 the index was composed of 30 companies with half being solar, just under a quarter in wind, twenty percent in utilities (hydro), one each of fuel cells and geothermal companies.

They noted the increasing influence of Chinese companies with ten expected to be listed in 2011. On their site they list a large number of world renewable energy stocks. 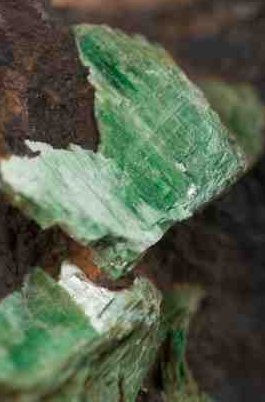 It was launched in June 2007 (some time after beginning with the local ALTEXAustralia) and has grown to 138 globally-listed securities with a combined market capitalisation of over US$1.16 trillion.

The index is divided into seven areas - 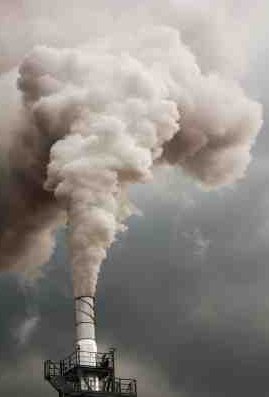 Ardour Global Alternative Energy Index in US based encompassing 141 companies in technologies such as:

It is interested in having information about all related technologies. 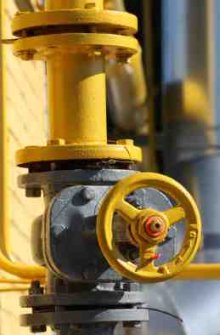 There are six companies from each of five sectors - each capped to twenty percent to prevent any one sector dominating. The value is calculated every 60 seconds of trading. The five sectors are: 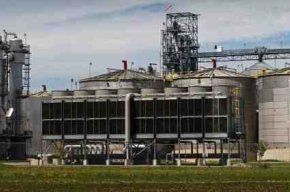 DAXglobal Alternative Energy Index trades as a unit in Euros.

It lists fifteen companies with at least fifty percent of their revenues generated from one of five sectors, evenly weighted at twenty percent each.

Sectors are listed as: 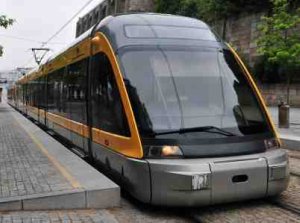 The DB NASDAQ OMX Clean Tech Index is a co-branding of a global exchange company (NASDAQ) with a global bank (Deutsche Bank) to form an alternative energy index.

Each one must have a market capitalisation of at least $250 million and greater than a million daily trading volume.

The sectors covered are in:

The FTSE ET50 Index comes from the previous Impax Environmental Technology (ET50) Index. The ET50 began in 1999 as an investment manager and was taken over by the FTSE. 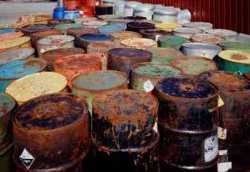 The alternative energy index is composed of 50 of the largest companies that have a core business in development and operation of environmental technologies. It covers:

Then there is the FTSE Environmental Opportunities All-Share Index which launched June 2008. It is broader than the FTSE ET50 Index.

It covers the global market with 450 companies which must have at least 20% (on revenues, income or capital invested) of their business in environmental markets and technologies. 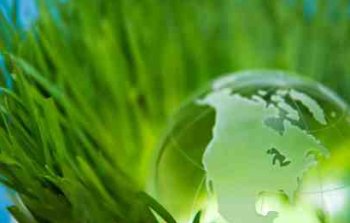 It was developed in collaboration with Impax Asset Management, founded 1994, as a specialist investment manager in the environment sector with over US$1.9 billion under management.

Companies listed in it must fit into one of three categories:

Initial Impax selection is then approved by FTSE's Environmental Technology Advisory Committee. The same range of companies and sectors is allowed as under the FTSE ET50 group. 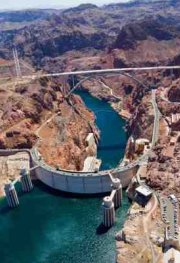 S&P Global Clean Energy Index is composed of thirty of the largest publicly traded stocks in clean energy producers, technology and equipment providers with no single stock having a greater than 5% weighting.

They are weighted greater if their primary business is clean energy, less if it is a multi-industry one with significant clean energy exposure but not if this is marginal. If enough of the first are available, no second line ones added.

Each company's market capitalisation must be at least US$300 million and a daily trading average of over US$3 million and must be trading on a developed market.

Clean energy producers can be from:

Clean energy technology & equipment providers can be involved in

It was founded by a partnership between Bloomberg New Energy Finance Ltd (London), Joshua Landess and Robert Wilder (both in the US). 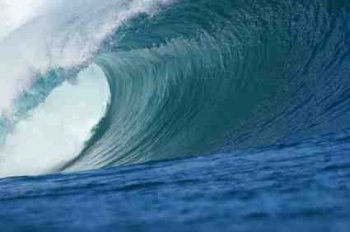 As an index it is tracked in four currencies (Euro, US dollar, Pound Sterling & Japanese Yen) and observes London 4pm as closing time.

Investors cannot directly buy an index. But there is a fund that follows it - PowerShares Global Clean Energy Portfolio (PBD) and other companies and exchanges are offered the chance to trade around the NEX.

The World Alternative Energy Index started August 2006 covering the 20 largest and most liquid stocks calculated by the Dow Jones.

Its composition is reviewed twice a year and reports details quarterly in four versions with the total return in Euros, energy price index in Euros and same each in US dollars.

There are also regional focused alternative energy indexes. The following covers a number of them.

Launched October 2006 it now includes over 120 ASX-listed securities with a combined market capitalisation over AU$52.1 billion.

It is arranged in five sectors: 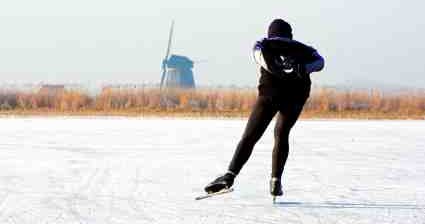 Within the Ardour Global Indexes there is a European segment, EMEA, with 36 consituents in Europe of the broader 141 global ones.

Likewise for North America there is the Ardour Global Index (North America) with 66 constituents.

And there is a solar energy one of 29 constituents.

The ISE Green Energy Index alternative energy index is noted as starting in 2008. It is part of the International Securities Exchange LLC, New York.

The small, medium and large capitalisation companies must be US listed with their stocks listed on the NYSE, AMEX, or Nasdaq. 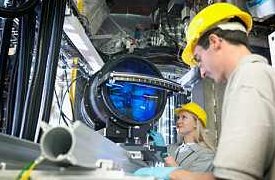 The list begins by taking the highest capitalisation stock that fit the criteria. If one sector represents more than 41% of the index value, the lowest ranked one in the sector is eliminated.

The list is reviewed twice a year and adjusted as needed. It is calculated and maintained by ISE in consultation with Standard and Poor's.

New companies are added only as space allows. They are selected by ISE with no chance for companies to apply or be nominated.

There are six sectors proposed:

In November 2009 no fusion companies were part of it. But there were one biomass, two hydro, three noted as diversified, one geothermal, two fuel cell/hydrogen, two wind and ten solar out of total of 21 listed. 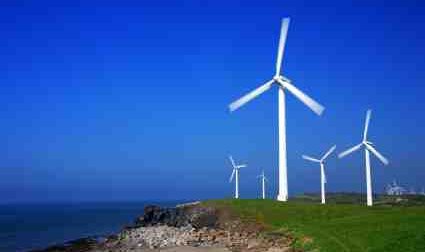 It looks for companies with at least 15% EBIT or operating profits on at least 30% valuation in the sector.

There will be a minimum of fifteen stocks and a maximum of fifty. There were twenty-two at the time of the prospectus. Balance is assessed twice a year on the first trading days of March and September.

Stocks in this alternative energy index come from three sectors: 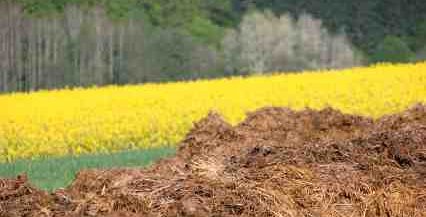 It includes companies engaged in manufacturing, development, distribution and installation of emerging clean energy technologies including but not limited to:

It is reconsituted twice yearly (March & September) and rebalanced quarterly.

The Wilderhill Clean Energy Index (ECO) as with the global version, cannot be bought directly.

But a like purchase is possible through PowerShares WilderHill Clean Energy Portfolio (PBW) which seeks to mirror the performance of ECO. Chicago Climate Futures Exchange also offers Futures on the ECO.

It was founded by Robert Wilder JD, PhD and Joshua Landess. Five out of seven of its listed advisors are also PhDs.

Criteria for inclusion in this alternative energy index are quite wide including importance of the stock and sector to clean energy, relevance to climate change, pollution prevention, technological significance, intellectual property rights, salience to preserving biodiversity or ecological and other non-financial criteria.

Generally they will not have their majority interests in oil and coal. But they can have interests outside the sectors if they are significant to the sector.

Market capitalisation will be generally $200 million+ with a minority, if important, at $50-$200 million (set to 0.5% weighting on index). There must be a 3 month average closing price above $1.00. They must be listed on a major US exchange (or if foreign their ADR must be listed). Minimum daily liquidity is not specifically listed. It is rebalanced quarterly with no single stock allowed to be greater than 4% of the total index at the start of each quarter. 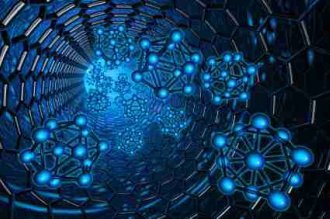 There were 57 stocks comprising the index as at the beginning of 2011. The sectors listed are generally comprised of:

The alternative energy index funds reveal a diversity of composition and intentions. And they offer some indications to those considering the range of possible investment options.