Hydrogen Power
With Water As The Waste Gas!

Hydrogen power as a fuel in itself has been seriously considered from at least the 1970s. Being the most common element in the universe, incorporated as part of water and many organic compounds, including oil, it is widely available.

Being the lightest element in the periodic table and in gaseous form over all naturally occurring earth temperatures it was used for balloon lifting, including the German zeppelin airships.

The nucleus is an essential fuel in fusion nuclear reactions, although usually this is in many variations of its heavier isotopes deuterium and tritium - the former naturally occurring in seawater. 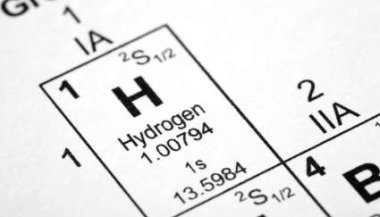 With the added appeal of burning in oxygen to create the waste product water there seems ample reason to pursue hydrogen as an answer to our energy needs.

Already a great deal of hydrogen is produced, the largest amount in the petrochemical industry where it is widely used in purification and generating fractionated products of oil.

The second most common use is for the manufacture of ammonia for fertiliser production.

The common school science production most of us are familiar with is via electolysis. An electrical current applied through electrodes in water produces hydrogen and oxygen.

The hydrogen economy would seem to have great appeal. People have seen hydrogen alternative energy as a way to the future.

In fact two projects to produce significant power through hydrogen produced from petroleum products, one in Abu Dhabi and the other in California, are already in development.

It would seem simple to see it used directly as a fuel for motor and other transport. In fact it has been in rocket design.

Others have developed cells that have been used in a number of applications. This is the most effective way to employ hydrogen for its energy benefits.

And there are already vehicles running on it.

Alternative energy hydrogen seems to have it all.

And yet there are considerations. Current processes to produce hydrogen consume more energy than it produces in its combustion. But it could be considered as a battery for renewable energy methods.

One exciting development is showing promise in reversing that energy problem. In imitating nature and the process of photosynthesis new methods are emerging.

To keep up with the rapidly changing developments and progress being made in the use of hydrogen for alternative energy options check out the news section.

Compelling as it seems and has been for many people there are a number of difficulties with the use of hydrogen.  The expected boom in its use has not yet occurred.

However there are a number of avenues being explored that could radically change that.  An example of this is a recently published research idea that could released hydrogen from water quite cheaply and efficiently.

Hydrogen power seems a simple answer to concerns of carbon dioxide production and global warming concerns. But there still are many aspects to consider.