About Me And About
iAltEnergy.Com

About me! From an early age I loved science. When I came across details in a week by week building encyclopaedia-type book about nuclear fusion and plasma physics, I was hooked. Even in regular school work I began reading more about nuclear physics and where our understanding was at. 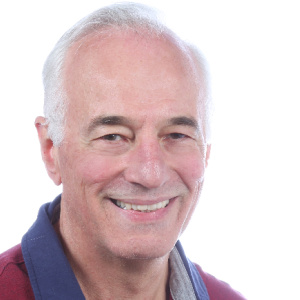 I never thought I would have been building a website about fusion energy. Less still about other alternative energy possibilities out there.

Yes I had been interested in it when I was young. I believed it would have all been done by now.

But in getting focused on staying in my own country at a certain stage and knowing that to pursue this interest to any useful level would have meant being based overseas, I opted for a different course.

Also being a child of my age, coming out of the sixties and heading into the seventies, I was not keen to be involved in weapons development. Such seemed a likely course for most people in this area of research.

So I pursued medicine, chosing to get involved in general practice or family medicine through a similar thought process - how long did I want to be involved in much after-hours work and prolonged further study?

After some years I got involved in non-surgical vein and cosmetic work which I enjoyed.

But other avenues I was pursuing at the same time opened up some of my ideas from the past.

It was while I was looking at developing a more self-managed website for my medical business that I came across Solo Build It!

I checked it out and felt initially it might take too long to develop the way I would need it for the business. Having worked more with this vehicle I realise I could quite easily have developed and used it for these purposes.

But coming back to check how it would fit my growing interest in nuclear fusion energy production, I saw it as the perfect vehicle.

The rest is history!

In researching the extra background for the site I have become more and more excited. I guess that is bound to happen when you chase something that interests you.

It also reinforces my ideas about wanting this to be a discussion and forum. As such it can extend our understanding further. Together we should be able to achieve something greater than governments and legislation alone can do.

Again being a child of my country no doubt has its own influences. Aotearoa - the Land of the Long White Cloud - or New Zealand, has this clean, green image and a long statutory history of being nuclear free.

Any alternative energy developments here would have to be radiation-free to fit our current legal requirements.

So speaking about me or about iAltEnergy.com begins an endless stream of ideas and links that expands and expands.