Alternative energy cost comparisons have scuppered the enthusiasm of many people and especially governments over recent years. In a time of economic recession and cutting back on alternative energy subsidies developments in new energy initiatives are not as appealing.

Companies that supply greener energy to consumers usually have to charge a premium for doing so - the generation costs have to be paid for.

When economic times are good this does not seem to be a problem. People feel they are doing their bit for the environment. But in straightened times, the wallet drives decisions more strongly. 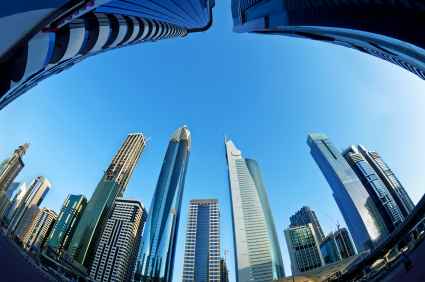 How many are volunteering to pay extra on their plane flights to contribute to benefitting the environment? I certainly have not been doing so when offered the chance.

Balancing this, though, have been prolonged elevated oil prices.  Particularly when oil is the fall back for so many countries to make up high demand or low supply times.

When you consider that the global energy market is worth $5-6 trillion a year we are not speaking about inconsiderable sums. Whoever can get a handle on the correct approach cost-wise and appeal to the desire for green energy will win hugely in the years ahead.

Beyond current economic conditions there are quite a number of issues to consider.

Driving many alternative energy choices has been the concern with our carbon footprint and the urgent need to lower increasing pollution of the earth with our current energy supplies.

Although there has been reluctance to embrace strict deadlines to achieve particular reductions in emissions around the world, most countries have some targets they are working towards. Sure some of these are being modified according to the shifting world scene both economically (including Europe with its sobering eurozone fire-fighting activities) and research-wise.

In some cases there are technology considerations causing delays. One such has been in developing biomass for ethanol and fuel due the technical difficulties in breaking down the cellulose molecule. Again to be helpful such techniques also need to be cost effective.

Other options like nuclear fusion, which would be totally carbon-free, are still awaiting the definitive breakthrough. Some possibilities within this field will be many times cheaper than current generation methods.

But considering those methods available to us now what are their alternative energy cost comparisons?

Pure cost alone is not the only issue. The time it can take to bring a particular technology on-line is also important. Some power stations will take a lot longer to build than others.

In order to give a simple visual on this I have included a table with information I have up to now. Some areas have inadequate data. Some areas are not yet covered. But as they become available I will add the details.

I will cover the alternative energy cost details of a number of the methods in further pages such as the cost for geothermal energy.

Alternative energy cost is not static. A good illustration of this has been the collapse of prices for solar photovoltaic panels in the last few years. Giving an estimate for construction costs for photovoltaic power stations is becoming inaccurate even as they are being published.

Alternative energy cost involves more than just the actual provision of electricity from the underlying fuel source. The distance required to transmit the energy into communities requiring the power will add to charges.

These costs are well demonstrated in US energy costs variability from just over 6 cents per kilowatt hour in some central US states, to around 16-17 cents in East Coast cities and 25 cents/kWh in Hawaii.

Use and supply needs affect costs too. Residential supply, being widely spread, is most expensive and high-use industrial the cheapest.

This reflects the two parts of energy supply costs - generation or manufacture of it, and delivery. On an average supply, including transmission lines, can represent 40% of the cost to the consumer.  As electricity grids age improvements, repairs and maintenance are adding even more to ongoing charges.

Some alternative energy options like off shore wind, large hydroelectric, and marine power through tides, waves and currents have to harvested at source and then channelled to the communities or industries.

Another factor that determines the distance power stations have to be placed in relation to communities, is their relative safety. Nuclear fission power plants engender concerns that make their location sensitive to public pressure. Recent events like Fukushima only serve to add to this.

Yet another facet contributing to alternative energy cost is the security of supply.

Where one large power station might supply a huge amount of power, an interruption due to a fault, accident or sabotage can have wide-ranging effects for the communities. Many people are aware of problems with coast-wide black-outs in the past, often due to tripping faults in networks. The cost to businesses and communities from these has been huge.

Another way to reduce alternative energy cost would be in using generation methods that can be decentralised in small relatively cheap generation units. Again there will be benefits in this sort of approach in much the same way the internet provides continuous and failure-protected communication through multiple  nodes.

Some proposed methods will lend themselves to this such as home-based alternative energy generation methods. Others, yet to come on-line, such as nuclear fusion's Dense Plasma Focus,are proposed as scalable units which can be placed nearer or right in areas requiring the power.

More and more the idea of more community-oriented solutions is appealing. Social networking illustrates people voting with their time. As long as such initiatives can be cost effective compared to huge, sluggish state- and country-wide strategies they will win.

Environmental concerns are a significant factor in alternative energy cost.

Whether this is at the site of generation, the fuel that is used, the effect on the environment from the fuel that needs to be harvested or wastes from it, there are often serious considerations that need addressing.

Even an environmental concern like a power generators' physical appearance will have effects on alternative energy cost if from nothing else than the way this can affect property prices. 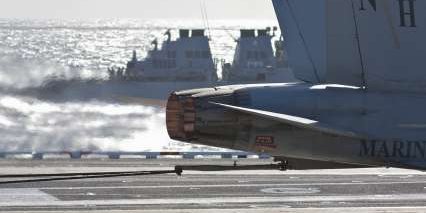 Our huge dependence on oil has added to its alternative energy cost simply in the requirements to preserve a security of supply. When the full cost of servicing military posts, let alone recent wars and conflicts the major powers have been involved in over the last couple of decades, is added up the money outlayed has been colossal.

Even in the late nineteenth to early twentieth century the "Great Game" was all about preserving and securing oil supply. When you add to this the cost of providing subsidies to the oil industry, we are talking of a mountain of investment.

Some aspects of alternative energy cost seem farcical. With the recent tsunami and nuclear reactor problems that affected Japan one of these was demonstrated. Due to history, Japan is divided into two parts by alternating current cycle rate - 50 and 60Hz. When power supply was gravely affected in the north it could not be re-routed from the south due to this apparently minor difference. All appliances in the north were set for the local cycle rate.

Alternative energy cost has to be looked at both in the short and the long term.

Just as with LED lights there may be some increased initial costs to buy the unit. But their quality - especially for the newer varieties - and their lifetime, not to mention their hugely reduced power consumption, means they are highly cost-effective.

In fact LEDs are a good parable for our embracing alternative energy generation methods and especially research into some even more promising methods.

If we bite the bullet and pay the alternative energy cost of setting up such supplies, in the years ahead we will hugely benefit from lowered costs to us all in managing our carefully balanced and interconnected earth.