Alternative energy stores are needed for a number of reasons. Even with continuously produced energy sources, variations in demand from the grid require ways to immediately meet those changes. For intermittent power generation systems like solar, wind, wave and tides some method for storing generated power is even more essential.

In transportation the development of better storage systems would allow for longer range between refuelings hopefully at a cheaper rate. 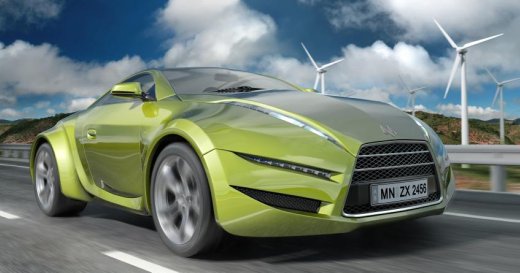 Both in transportation and as a way to manage on demand power delivery from intermittent production renewables, the battery has been at the forefront of interest.

Interestingly Bill Gates remarked on February 29 2012, at the Washington-based Advanced Research Projects Agency - Energy (ARPA-E) Innovation conference, that if we were to rely on intermittent renewables we would need to make more batteries than the total already built in the history of the world!

At the same conference he also commented on our expectations of alternative energy.

Coming from computing and the internet with the rapid adoption, development and changes that occurred in those fields, he felt we should not expect the same rapid results. He thinks the huge investments required and the big players that are involved in energy tend to slow things down. 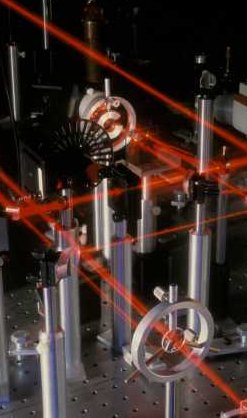 Many of the developments in communication and computing were lead by small players working off to the side. This rather belies the reality of history where IBM was the huge major player along with a number of others on the scene. Apple, the PC, and others now part of history, swept onto the scene forcing the large companies to play catch up.

Alternative energy could produce some similar results. It's just that it doesn't look that way to most people. Small players are not known until they make their splash.

In 2009 the US Department of Energy had set aside $3.3 billion for smart-grid technology and $615 million for projects connected with energy storage and monitoring.

One of the ways to manage energy use and supply is with smart-grid. More of this technology is being implemented giving advantages both to homeowners and power suppliers to manage electricity and other power usage.

Alternative energy stores involve more than just batteries. From early times it has been possible to use reservoirs as in hydroelectric dams where water is held until electricity is required. Releasing the water generates on-demand power.

Other forms of alternative energy stores can use water reservoirs too. Tidal barrages already do. Wind and solar power, as well as cheap electricity times, can be used to pump water to a higher level, releasing it to create power on demand.

Likewise, air can be compressed in caverns or other structures to drive turbines as needed.

A significant prototype utilizing the already existing solar energy storage of the ocean is underway in Kona, Hawaii.  More developments are planned in the Caribbean.

In the isolated island community of Utsira in Norway hydrogen generated from wind turbine power has been stored in underground caverns since 2004. A similar five year trial program was begun in 2007 at Ramea in Newfoundland and Labrador, Canada.

Ice can be created at night to manage air-conditioning during the day.

Already hydrogen is being used to run fuel cells. Various other materials can also be utilized. But hydrogen is the most commonly recognised one.

Energy can generate hydrogen in a number of ways. Added to fuel cells it is consumed in the energy generating process. Whether this is as a standby source for power cuts, to manage intermittent renewables, or to power vehicles, many are in place around the world.

A number of solar thermal projects aim to use heating of molten salts for alternative energy stores. The heated molten salts can then be contained to later heat water or similar materials to drive turbines at electricity demand times.

The Battery In Alternative Energy Stores

We rely on batteries already for powering laptops, tablets, cellphones, and some people do for their cars. The breakthrough of the lithium-ion battery allowed longer appliance use time with a lighter battery. Longer than that we had from nickel-ion ones and much lighter than old lead batteries.

Many are working on battery research. Improvements in size, life and cost are all important. An intriguing recent development through work at MIT has produced a new protype.

By playing with materials, Professor Donald Sadoway with his students has developed a highly scalable battery idea that creates new possibilities in alternative energy stores. The idea is to have something that can be readily relocated to meet demands.

Some of the biggest changes going on right now are in the field of nanotechnology. That area exploring manufacturing microscopic equipment at the scale where measurements are in nanometres - billionths of a metre, or 10-9 metre, in size.

In the realm of alternative energy stores, both batteries and capacitors are being developed. Batteries carry the benefit of storing large amounts of energy and capacitors the ability to rapidly charge and release the energy they hold. Watch this space!

I have incorporated information on up-to-the-minute articles relating to nanotechnology if you would like to know more.

For further information on alternative energy transportation especially in cars, go visit Clean Green Cars. This site aims to help inform people about what we can do to choose a greener car to help combat global warming and to save our planet for future generations!