Carbon Tax, Cap-And-Trade
How Will It All Pan Out?

Carbon tax, the very sound of it strikes unease in the gut. Any form of tax has a negative connotation. Taking what we have earned the hard way to employ somewhere else.

Maybe years ago people would have been relatively happy assuming governments made wise decisions regarding the use of our hard-earned dollars (and other currencies). But history and attitudes have changed that. Even something sounding relatively fair is received with a fair degree of scepticism. 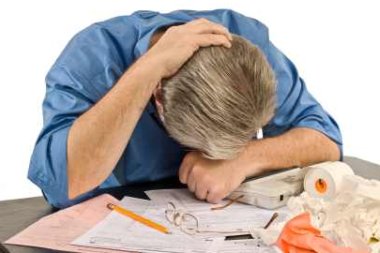 Do taxes stress you out?

Is this idea fair? Will the revenue be used well? Will it produce a benefit?

The basis of carbon taxes is that they cause the users to pay. Therefore those who utilise fuels and other energies that will pollute the environment, with carbon dioxide and related warming gases, will pay for the privilege themselves. Rather than simply shifting the costs to governments to clean up. Such ideas were raised by the English economist Arthur Pigou being named after him as a Pigouvian (or Pigovian) tax.

The alternative is the cap-and-trade carbon emissions trading schemes where people, or more specifically companies, corporations or countries can buy and sell carbon credits. 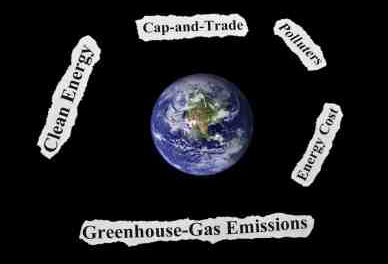 The general observation of this scheme is that the wealthy companies happily buy carbon tax credits, passing on costs, while remaining unchanged in their practices.

As a contrast in styles, methods and philosophies the European Union ETS, the New Zealand scheme, and the proposed carbon taxes for Australia illustrate a number of useful points.

Europe's system - the largest multinational carbon trading market in the world - used information obtained from the United Kingdom's prior voluntary scheme. Even before the requirements of the Kyoto protocol came into force the EU had begun the first of three cycles of periods of cap and trade.

Governments decided on what the carbon caps were going to be and issued a number of credit equivalents to companies and industries that would be involved. The first period was more or less a trial one and ran three years from January 2005 to December 2007.

The second period was more rigorous and lasted until the end of 2012.

The trading for each period could occur only in that period. Credits could be traded only in each individual period and could not be carried forward.

Justified on competition with the rest of the world, Europe initially did not include the airline industry which was proposed to be covered from 2012. Naturally non-European airlines were not happy with levies the EU was proposing to bill them for.

It also did not allow credits generated from planting forests and other photosynthesising options on the grounds this was not directly lowering carbon emission from production.

There was a lot of carbon price volatility especially in the first period when at one stage the carbon price (suppposed to be based on tonne production) was effectively zero.

On two occasions cyber hacking stole millions of credits from the system - around 5 million Euros in 2008 to 2009 and around 30 million in January 2011 - causing the Czech exchange to close down long term.

New Zealand has an emissions trading scheme that both major political parties basically adhere to with some minor adjustments.

Forestry in New Zealand supplies a large number of carbon credits in contrast to the European scheme.

There is a two for the price of one credit purchasing scheme - effectively a 50% discount.

On the grounds of remaining internationally competitive large emitters like cement, steel and aluminium sectors are receiving free units for up to 90% of their emissions (95% with buy one get one free).

Road transport is involved in the trading schemes.

Australia's previous administration, under Julia Gillard, proposed carbon taxes to be introduced from July 2012, strongly disagreed with by its main opposition, the Liberal party.

The price of a tonne of carbon was proposed to start at A$23 rising at 2.5% a year until the system morphed into an ETS in 2015.

Sectors that would have been competitively affected by the changes were to have been catered for.

Transport and trucking firms were to be exempt for three years, steel producers four years. Gas and electricity had a proposed graduated increase in charges - academics say carbon would need to be at least $60 a tonne before switching to renewables became profitable.

Airlines felt they could pass charges onto passengers.

Mining interests thought currency changes would have bigger impacts on their costs.

House prices were expected to rise $5,500 a unit. Australia's rapidly rising property values would have masked this somewhat.

Government generated carbon tax income in Australia was proposed to be used to reduce household income tax by an amount equivalent to the anticipated impact. This was expected to be initially A$9.90 a week per household for the proposed starting price of A$23 a tonne of carbon emission. Experts predicted a rise to A$131 a tonne - over five and a half times the initial level!

In the end the generally unpopular legislation saw the government lose office as Tony Abbott's Liberal party swept in sworn to scrap it all.

In New Zealand where the impact was expected to be less - around NZ$3 a week per household - no similar offset was proposed.

Obviously the ultimate goal of any scheme is to produce changed behaviour. To favour the gradual or faster phasing in of carbon-neutral energy sources.

Does this in fact happen?

Also are financial incentives an adequate carrot and stick? Many studies can illustrate that it is not so.

Considering that monetary incentives alone should carry adequate weight is to ignore the results of behavioural science. Any student of the discipline knows that a less frequent behaviour can be increased by reinforcing (or rewarding) it with a more frequent behaviour. 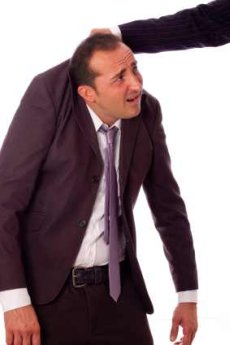 Apparent unexpected changes are observed with surprise at times. People opting for lifestyle and location over simple monetary inducements.

At the same time it demonstrates a particular philosophy that government or power is best established by hope and fear rather than by love and trust. Hope and fear can produce behaviour changes. But the results are not always predictable. Nor can they be sustained over a long period.

Encouragement of innovation, not just from a monetary inducement, but by deeper appeals is more likely to produce the changes we need. It may also be more permanent in effect.

Economic downturns make implementing fiscal inducements more difficult. They are more likely to produce unwanted demonstrative reactions, such as occurred in Greece at the beginning of the huge European collapse.

In spite of these considerations governments in some countries are introducing carbon taxes. Many are using an incremental system to smooth the introduction and lessen the load. Again, does this produce behaviour and research changes?

Academics have made calculations for various fuels and power supply systems on the carbon cost per unit consumed or generated. These figures are what are proposed as the basis for the tax loadings.

Some economists have calculated that a carbon tax will actually cause stimulation of the economy and reduced costs. Their calculations, though, assume removal of all other related taxations. In my experience such wholesale changes rarely, if ever, happen. Older elements tend to remain.

There are concerns about black markets - always present with any taxation system. Smuggling between countries with varying levels of taxation is also possible. At present there is far from universal implementation and rating system.

Who actually enjoys taxes? Or paying them? How many of them are we paying already? How complex is the system we have bound ourselves by?

Is leadership about legislation and coercion? Or is it about inspiration?

The implementation of a carbon tax in most countries seems inevitable at present. Will it give us an unlimited future for our children and those who propose them?