At least this did not occur in other countries like Germany and Australia who also have begun similar trials. With its commitment to switch off nuclear fission power in the nearer future, Germany will need to generate significant alternative energy. 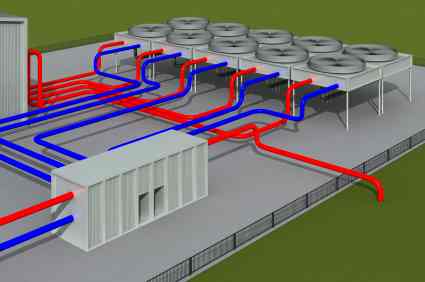 At least, that is, if they want to use more clean energy rather than burning coal which is one of its easiest options.

With the influence of emissions trading and carbon taxes Germany will be pressured, at least economically, to use as much renewable and low-carbon energy sources as possible.

As noted in the carbon footprint information open geothermal power generation has a relatively high equivalent carbon dioxide output in the alternative energy options - similar to solar panels, but at least less than biofuels.

Even here there is a need to develop new fields as older ones either become exhausted or whose use needs to be greatly attenuated to prevent this happening.  The chart of the commissioning of new and reduction in older fields is germane in this overview from New Zealand. 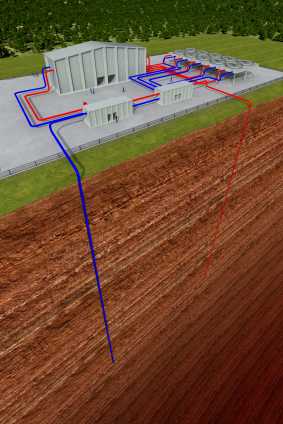 But injecting water into the ground through pipes to cause heating and subsequent utilisation of this for energy generation is a closed-loop system which has the lowest footprint of all the forms currently available.

As an option for Germany it would therefore tick a lot of boxes.

Effectively this is the same way geothermal home heating works.  This approach is being used more and more. Effectively available as a free source once the collecting system has been built, it has huge appeal for the long term.

Building the collecting tube network, including the necessary trenches or bores if vertical, and the heat exchanger are the costly items.

The latest geothermal home news will be similarly important for future possible improvements on such free energy utilisation.

As will general geothermal research to power generation for the community as well.

Other means of accessing these temperature changes in even more efficient ways will give us more renewable energy at least cheaply for the fuel.

Geothermal energy news will be worth tracking in the years ahead for increasingly interesting options. As long as they do not lead to earth tremors!

With changes to available services same page input of the latest geothermal energy news can no longer be supplied.  But it is still possible to access it.

For Google gathered items check out the appropriate link here.

If you're more of a Bing aficionado then following this connection could suit you much better.

Do You Have Some Geothermal Energy News?

Do you have some experience of using geothermal energy? Did it save you significant power charges? How easy was it to establish? Would you do it again? Share it!