Hydrogen fuel cells sound like a marriage made in heaven - utilising hydrogen and oxygen to produce current with the waste product of water as a result.

Although like a battery in design with positive and negative poles which allow for the generation of a current between them, a hydrogen fuel cell differs as more substrate can continue to be added. It is an open system. 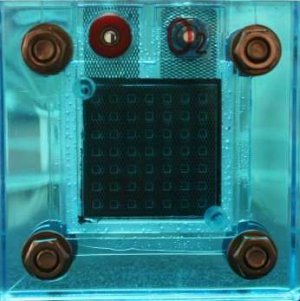 First described in 1839 and actually demonstrated in 1845, the first major working one, using air for the oxygen supply, was built in 1959 - and was demonstrated powering a tractor the same year.

Other agents beside hydrogen and oxygen can and have been used as the substrate. But the hydrogen/oxygen mix remains by far the most common one to date.

They have been used in the Moon landing and space shuttle missions to generate power, heat (another benefit that the cells can achieve) and water.

Other important design aspects of fuel cells are the electrolytes which facilitate the operation of the cell and the catalysts which promote ionisation of the substrates.

In the hydrogen-oxygen fuel cell a proton exchange membrane allows the positively charged protons of the hydrogen nucleus to pass through, but restricts the electrons separated from the nucleus from doing so. They pass through the connected wire circuit creating a current and combining at the other pole.

From 2001 volume-produced proton exchange membranes have been manufactured allowing for larger numbers of fuel cells to be available on the market.

The main catalyst on the hydrogen side has been platinum. Very effective it does require very high purity hydrogen to avoid polluting or contaminating it. Platinum being so valuable means the cells are not cheap. Other options such as iron have been examined to reduce cost and be less sensitive to low level impurities.

Nickel is often used as the catalyst on the air and oxygen side. 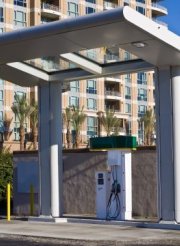 There needs to be a supply of hydrogen for the cells. Oxygen at least is readily available in the air. The main generation of hydrogen is by steam treatment of natural gas - methane yielding up its hydrogen molecules.

There are hydrogen filling stations in various parts of some countries. Often these stations are able to generate their hydrogen supply from electrolysis on site. For general uptake and use there obviously needs to be a widespread network of the these stations. At present this is not so.

Politically there has been much pressure to create these cells as a viable alternative energy option. Much money has been poured into it. The Bush administration backed the research. Obama's administration decided to cut funding. Lead time for full deployment of the technology was in the order of decades.

However such cells can be used in homes for power and heat generation. Utilising them, energy can even be fed back into the grid from the homes. 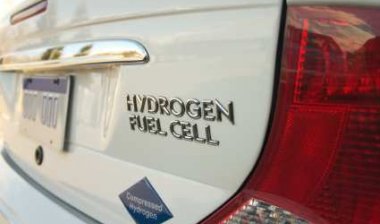 2015 it looks like the year of release for the main-line cars running on hydrogen fuel cells.  Hyundai appears to be the first on the block with Toyota and Ford straining to catch them.

Even with their quiet, clean operation and wide availability of substrate, the fuel cells still arouse concern in their relative cost and the energy consumption required to produce hydrogen for them.