Home hydropower sounds inviting and intriguing. With its very low carbon footprint averaged to around 15gm of carbon dioxide equivalent for a kilowatt hour produced and the fact it is renewable it looks a winner.

A lot of the carbon impact of hydro power is in building dams for big projects. Cement production is calculated to add around 5% to world-wide man-made carbon impact.

Around half of this is from preparing the lime from calcium carbonate and just under half from the energy used in its production - this could vary with the type of energy used, though these are often kilns. Some widely available cements sequester carbon dioxide as they cure or harden. 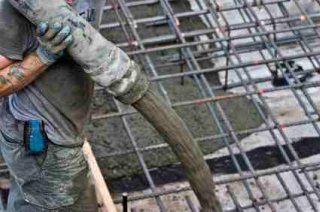 But if concrete dams are not part of the home hydropower equation then the influence on the environment is almost nil.

For me thinking about generating power from water immediately brings to mind our home water reticulation.

We use water for washing, drinking, cleaning and irrigation. And then it goes to drains. Surely there must be some way to derive some alternative power from this source? 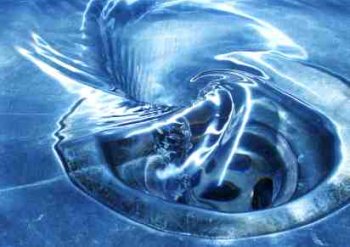 However when the math is worked out considering the amount of time we run water there is limited time that generation would occur.

Then, if we take energy from water we affect the amount of pressure in the system.

There are people who feel we could lower shower-head pressure to conserve water. But there are very few people out there actually wanting to use them.

And lower pressures would cause longer cycle times with washing machines and dishwashers.

Also the amount of power that could be derived from the head of water pressure arriving at our homes would be very small even assuming a 100% efficient system. There is also the cost of installing a turbine like a Pelton wheel or equivalent. 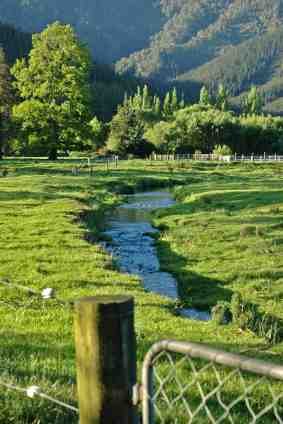 For those people who have a running stream on their property though there is good reason to consider hydropower.

Historically it is interesting to realise that although there were many water-powered mills as noted in this site the actual delivered power was very low. Once electricity became available, these old water driven methods were abandoned for much more powerful electric motors.

What do you need to consider if you are going to use your own property's stream?

The volume, rate of flow and fall of the water over the property needs to be assessed to check it will be enough to generate useful energy. The stream needs to have a good flow all year round.

Debris and wastes in the water need to be filtered or removed as these can interfere with the smooth running of a turbine.

There may well be requirements for permits for utilising the stream in this way.

Cost of the equipment is an important consideration.

For those near old disused dams it may be possible to use past engineering to generate your home's hydro power. 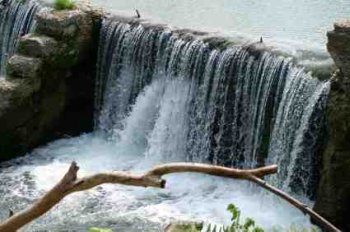 There are a few useful sites where people who have used streams on their land give practical information.

I list a few of them here for further information:

Using a stream from your own property for hydropower offers the possibility of a renewable, very green and continuous energy supply.