Nanotechnology batteries promise a leap in battery function and size reduction. Improvements both in the amount of charge that can be held as well hugely reducing the time to recharge will see batteries approach the beneficial functions of capacitors.

At the same time applied nanotechnology is improving capacitors so much, the difference between batteries and capacitors is starting to almost blur. 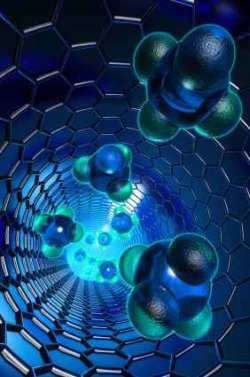 What is the essential difference between the two? Both store energy to be released at a later time.

Essentially batteries store energy as a chemical reaction while capacitors do so electrostatically - as an electric charge.

Historically batteries can store a greater amount of energy - they last longer. But they cannot release the energy as quickly.

The main problem that bedevils all current battery technology is the time it takes to charge them. That means down time for truly mobile devices. No product is more affected than that of the electric car. Distance per charge is limited. Recharging takes time.

If we attempt to charge most batteries too quickly we risk over-heating them and causing local damage, fire or even an explosion - well demonstrated in Boeing's recent Dreamliner problems.

As we are relying on creating or reversing a chemical reaction, we risk backing up of the products in the reaction through limitations in exposing enough of the reagents to each other rapidly enough.

Fuel cells, that other battery idea, can be refuelled rather more rapidly. As long as a filling station is nearby.

Battery characterics vary with the type of chemical arrangement that each is composed of. Instructions for the best way to manage them varies accordingly.

In the recent past with laptops, cellphones and other rechargeable battery powered units we were told to always fully charge them and at least a number of times fully discharge them. This was to ensure memory did not build up lessening the full charge capacity of the battery and its life.

Now with the new lithium-ion batteries that power the majority of our portable units the instructions have changed. Repeated charging before full discharge increases the life of the battery. Thankfully the lithium-ion technology has made batteries smaller, lighter and with a longer life.

Applied nanotechnology is benefitting all forms of batteries that are currently regularly used. Even one of the oldest forms we have, the lead-acid battery which most of us still use for starting our cars and maintaining its electrical systems, is benefitting from nanontechnology improvements.

Our basic zinc-carbon non-rechargeable battery can be modified with nanotechnology to form very small or thin units.

Both the metal-oxide batteries, that power most hybrid-type cars these days, and the lighter lithium-ion ones have been modified by nanontechnology.

Improvements on the lithium-ion battery, in the lithium-oxygen form which can hold four times as much energy as its predecessor, are being developed with nanotechnology.

How are these advances in nanotechnology batteries achieving their end?

Some improvements are based on using nanotechnology powders applied to surfaces. This effectively increases the chemically reactive surface of the electrodes.

Forming carbon nanotubules in the laboratory can direct material down different channels. This leads to a further order of improvement. Others are using extremely short pulsed lasers to etch or create nanometre size structures.

Basic zinc-carbon batteries can now be made in a paper thin form. Part of the way this is done can be demonstrated in the following video clip from associate professor of Materials Science and Engineering Yi Cui of Stanford University.

For a full battery the nanotube ink is printed in sequential layers. The first one is the carbon for the cathode. The second layer is the manganese oxide electrolyte. Above this is layered the anode layer of zinc foil. The total battery will be less than a millimetre thick.

Lead-acid batteries were being improved by Next Alternative Inc in Canada. Their nanotechnology batteries development was in coating both the anodes and cathodes with carbon nanotubules. This produced a battery with around six times as much energy as a conventional one.  However the company is now majoring in its alternative diesel fuel technology.

They were also developing a lithium type cell which will be smaller, lighter, last longer and store more energy than the traditional nickel-metal hydride batteries powering hybrid electric vehicles. A few cells that can be recharged in ten minutes and should have a life of ten to fifteen years will be enough to power a car.

One company that is continuing with improved lithium ion technology batteries is AdvEn Solutions.  Their super activated carbon technology promises to produce much greater energy density, great stability in recharging and overcomes the risk of fire associated with some lithium ion batteries.

Many other developments in nanotechnology batteries are in the arrangement of coatings on the anode and cathode. Variations in the electrolyte medium are also being utilized.

For its lithium-ion batteries Sony is employing a nanotechnology powder coating of the carbon anode. This increases the surface area hugely producing a much wider area for chemical reaction.

Time for charging is much reduced. The amount of energy able to be stored is increased. Discharge while unused is also decreased. 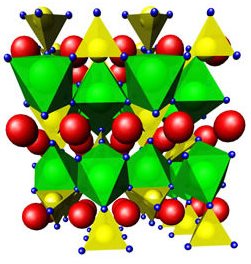 Another breakthrough has been through coating the already nanotechnology remodelled lacy mesh with a smooth glassy surface. This allows lithium ions to race even faster through them, enabling charging of a cellphone in seconds and cars in five minutes.

Bearing this in mind Toshiba is announcing 12 and 24volt nanotechnology batteries that can charge to 80% in a minute and fully in as little as ten minutes.

Even over 6,000 or more charge cycles little degradation is noted. These developments would improve recharging in vehicles from generated mechanical power.

A123Systems employing these ideas is using the lithium iron phosphate technology noted above. Their nanotechnology batteries allow for more rapid cycling. They can be also fully discharged without loss of function, an improvement on the straight lithium-ion battery.

They tend to produce more rapidly accessible power and can store a higher energy density with lighter cell units.

Some forms are being employed for stabilizing power grids.

One of their production facilities did have to recall a set of vehicle batteries for a fault that could have led to early failure of the units.

mPhase And Longer Self Life

What else is possible with nanotechnology batteries?

The publicly traded company mPhase is producing long shelf life batteries for use in many applications.

All batteries slowly lose charge over time while sitting unused. By using applied nanotechnology they have built a series of batteries with a membrane that separates the electrolyte from the electrodes.

When situations arise such as suddenly needing a torch fully charged in an emergency, the membrane can be broken, activating the battery - like we do with light sticks.

The batteries can be activated in a number of ways from local pressure, to changes in acceleration and deceleration, radiofrequency or electronic signals. The applications are diverse. They range from IT, to military and many others.

US Photonics, only incorporated in 2005, is using its femtosecond pulsed laser to machine multiple small cells which can be multiplied according to need.

Beginning from lithium-ion beginnings, but aiming to incorporate newer material including aerogels, the company aims to produce flexible batteries. Having cellular elements to ensure continued function even after individual cell failures, their Endure units are yet to be released.

Yet another applied nanotechnology idea came to an MIT researcher as she was walking along a beach. Thinking of the way shells develop, she has begun working on new nanotechnology battery ideas.

Employing novel elements their design should allow rapid discharge without overheating as well as non-toxic disposal.

In other developments researchers are seeking to use silicon instead of carbon.

There have been technical problems with silicon in the past. When lithium ions incorporate into silicon they cause it to swell hugely, often resulting in fracturing of the silicon.

By forming silicon nanowires new nanotechnology batteries could be produced which allow for this swelling without breaking.

With all these improvements in rapid charging and discharging and higher energy loading nanotechnology batteries offer huge possibilities in the future for our existing and emerging alternative energy technologies.