The Ozone Layer
Fragile Shield For Life On Earth

The ozone layer in stratospheric levels of our atmosphere provides us with useful earth surface protection from some of the more severely ionising elements of ultraviolet light.

And yet at ground level ozone contributes to health problems and events. It is the major cause of illness associated with smog in our industrial and fossil-burning cities.

Ozone is produced as sunlight interacts with hydrocarbons and oxides of nitrogen which are produced from exhausts, fossil-fuel burning plants and industrial processes.

Countries like New Zealand and Australia felt the brunt of a reduced ozone layer in the stratosphere towards the end of the last millennium as an ozone hole was first noticed. 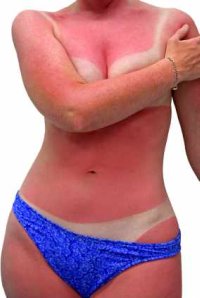 In fact living in these areas and wandering out between 10am and 4pm often the sun feels like it is producing a severe painful slap on any exposed skin area. It was and still is very harsh.

Yet in places like Hawaii, which is much more perpendicularly under the sun's glare, people can remain in the sun for quite long periods without burning.

This is not just a comfort consideration.

New Zealand and Australia have the world's highest rates of the nasty skin cancer melanoma with its tendency to early metastasis and limited options for treatment once spread.

Even very young people have developed melanoma. Evidence shows childhood sunburn, occurring when people are much less aware of concerns and risks, dramatically raises the risk of later melanoma.

Ozone Hole In The North

Northern hemisphere nations have a similarly reduced ozone layer, but it is much smaller, located over the Arctic and other factors such as moisture and cloud content of the air in the region greatly reduce ultraviolet penetration.

So higher levels of ozone in the high atmosphere are important to protect life on the earth. But at ground level more than very minor levels can be severely damaging.

What is it about ozone that produces this double-edged effect? 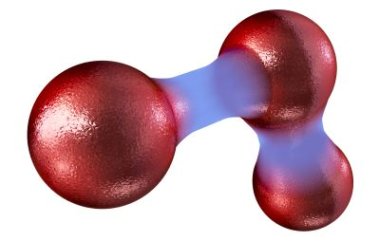 Ozone is a triplet molecule composed of three atoms of oxygen. It is a more potent oxidative agent than the double atom regular oxygen molecule that is so important for life.

It has a distinctly astringent smell that is noticed after lightning, sparking discharges and photocopier use which produce ozone as a by-product. 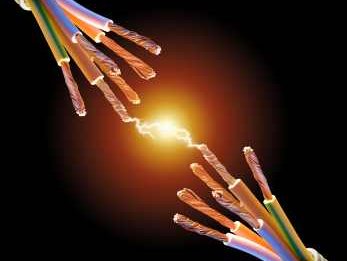 Being oxidative it has some sterilisation properties that are employed in ozone treatment of pool and drinking water, disinfection of surfaces and fruit and also in some industrial processes.

People have even used ozone-producing machines to "purify" air in bedrooms. With its known other health risks this does not seem a great idea.

CFCs And The Ozone Layer

In the 1970s it was found experimentally that CFCs (chlorofluorocarbons) destroy stratospheric ozone by changes from ultraviolet radiation causing release of chlorine which then interacts with ozone.

Aerosols, solvents and the escape of refrigerant gases were blamed for the ozone hole.

The Montreal Protocol, initially signed in 1987 with revisions added since then, established a progressive reduction in the usage of these gases to prevent further deterioration.

Quite rapid change, including those required for aerosol propellants in medical devices like asthma inhalers, was achieved. And there has been an apparent slight improvement in the concentration of atmospheric ozone as a result.

A replacement with hydrochlorofluorocarbons was useful but even these have an effect, though much less potent, on ozone.

And less problematic hydrofluorocarbons, though not ozone-damaging agents, contribute strongly as do the other molecules they replaced to greenhouse induction effects.

Other agents such as chloroalkanes and bromoalkanes used in fire suppression in aircraft, ships and submarines with no significant adverse human effect remain in use. They also cause significant ozone depletion.

The understanding and responses that followed this have shown us that the human animal is having a measurable effect on his planet.

As of 2014 it appears the ozone holes have stabilised.  Return of a full global protective ozone layer is not expected until at least 2050.

It is a good illustration of the effect and how adjusting what we do can halt or even improve already altered circumstances.  As of now it has been one of the most successful attempts to modify man's unwanted effects on our planet's climate.  There has been practically universal buy in to the necessary changes.

Our earth's ozone layer has taught us a salutory lesson in preserving the earth's delicate balance. We can check, plan and respond for good.