Fukushima Reactors' Nuclear Crisis
Can We Protect Against Natural
Disasters?

As the Fukushima Daiichi nuclear power plants crisis was unfolding it reminded me of the events that were related to the two other well known nuclear accidents.

Both the US and the Russian ones occurred as a chapter of accidents. One incident alone would not have caused a problem, but one stacked on top of another led to major disasters.

And so it was with the Fukushima Daiichi reactors' accidents.

And as of April 11 the incident has been upgraded to a level 7 event - the maximum level - by the Japanese Nuclear Safety commission.

There was one major precipitator that caused most of the problems - the earthquake with the subsequent tsunami. 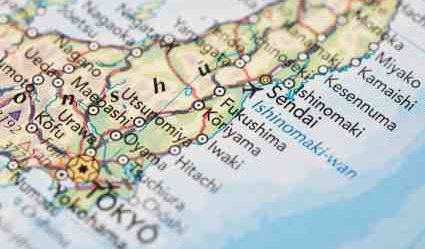 One element was not related to that - the design of the reactors. All designed by General Electric with three supplied from the USA there were already concerns about the structure when the first reactor was commissioned in 1971.

The containment build was not as robust as other types available at the time. It was much more secure than the Chernobyl one. The risk was less.

The other sequence of problems related fully to the earthquake and tsunami.

The earthquake knocked out the power grid supplies to the reactors. And, as by protocols for earthquakes, the reactors were shut down.

Limitations In Turning Off A Nuclear Reactor

Shutting down nuclear reactors (only three out of six were online at the time) is not a simple procedure. The controlled chain reaction continues and the heat from this needs to be managed. 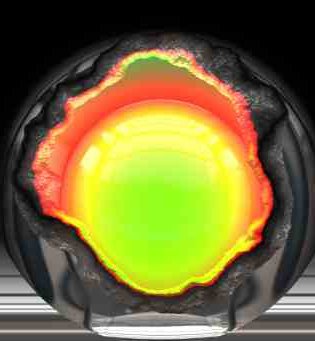 This requires continuous cooling. Otherwise the ongoing reactions will continue to heat all the core materials. And if exposed they can heat to the point they slump and melt. Cooling becomes even more difficult, leading to continued heating. The uranium can melt through the floor of the reactor and the soil below to reach and contaminate groundwater.

As the zircaloy coated fuel rods are exposed to air with heat and the steam about them they oxidise producing hydrogen. Then explosions can occur, rupturing the overlying structure as happened with several of the reactor buildings. The Fukushima Daiichi reactors were designed to allow for this and yet still protect the core containment.

More heating and gas build up has the possible risk of rupturing the core containment vessels with release of radioactive material into the atmosphere, spreading it wherever the air currents will carry it.

Designing For A Worst Case Scenario

Being well aware of the risk the Japanese coast is liable to from tsunamis barrier walls had been built to protect this area just as in many other costal areas in Japan.

We saw the ten metre (thirty-three feet) tsunami rushing over land around Sendai further north unfolding before our eyes.

At Fukushima the tsunami was felt to be 14 metres high. And the protective walls for the reactors were designed for a surge of up to 5.7 metres.

Water poured into the reactor areas and inundated the backup diesel generators that were designed to kick in when the grid power was cut off.

As they could not function, the next back-up option kicked in - the batteries. But they had been affected by flooding from the tsunami as well. After a short time they failed to function.

There was no power to continue to pump water - the steam generators powered by the hot water needed electricity to control valves and monitor the control. The core temperatures continued to rise.

Even in the off-line reactors water circulation was important. Spent rods were stored (in spent fuel pools) in the reactor buildings and needed continued cooling for their residual ongoing reactions for many months.

With inadequate cooling rods were exposed, heat built up as well as hydrogen. An explosion occurred in reactor four.

Seawater along with boron was pumped into the reactors as an emergency response. The seawater to cool the cores. And boron to absorb neutrons to limit ongoing nuclear reactions.

According to the Telegraph six soldiers of the Japanese Central Nuclear Biological Chemical Weapon Defence Unit were buried under flying concete as the unit arrived at the same time as the first explosion in Fukushima reactor three.

Has much nuclear contamination occurred?

Iodine-131 and caesium-137 have been detected in a number of prefectures. Sea contamination is being recorded with high radioactivity levels from a breach in a pit somewhere about reactor two.

Twenty-one workers at the plants received doses above 100mSv but none above 250mSv which is considered the dose limit for emergency workers.

Then there was the transportation of three workers to hospital with possible radiation exposure. Two were confirmed to have radiation exposure to their lower legs from wading in water on the floor of the reactor unit three. They were calculated to have had 2-6Sv exposure (10,000 times the normal level and up to 24 times a worker's entire yearly exposure allowance). They did not require treatment but were placed under a few days observation.

In Tokyo radiation levels in water brought advice for a day of avoiding making up babies' formulas with it. Several areas have shown unacceptably high levels in crops and milk.

By April 11 the level of radioactive release was estimated to be about a tenth that of Chernobyl into the air, vegetables, local water and the sea.

There is ongoing dispute about risks from radiation in the region about Fukushima.  Especially when Japan is hosting the Olympic Games in 2020, such information is highly sensitive.  This article by an expert in nuclear fission security raises a number of concerns.

In the first full week of August 2012 the company released video footage of the initial days after the tsunami. Missing audio in many areas, and not available in its entirety, it showed the confusion and increasing compounding problems occurring at Fukushima.

It is no longer available for public viewing.  But a good summary documentary covers many aspects of the unfolding drama.

Nuclear fission power generation has an inherent problem in the way it is produced - it cannot be switched off immediately on demand. And natural disasters can occur at any unpredictable time. Why not consider an even more powerful generation method that can be?

The Fukushima incident mirrors the problems that have occurred with other nuclear accidents - multiple backup and monitoring equipment failures compound to create disasters.