Changes in biofuel and biomass technology news are occurring rapidly at present. For many years biofuels had been the main thrust of exploration. Various plant types have been grown based on their oil production or sugar content to enable ready conversion to fuel-type products. Being able to produce fuel-type products, without the costly exploration and drilling for them, has strong appeal. 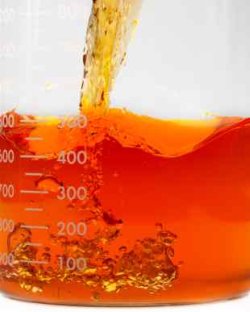 There has been healthy debate about how much this direction has been linked to the rise in food prices. Fruit and vegetables have increased in price in the last couple of years.

Certainly good returns for farmers from the production of crops which can be used in biofuels can cause some imbalances. Some of these changes have also led to less crop rotation with new root infestations of genetically engineered crops which were designed to cope with such problems.

Previously tropical forested areas are being replanted with oil palm trees and similar crops on the understanding these are high-yielding crops for oils for biofuels.

As oil and coal reserves continue to be depleted there is more reason to seek out equivalent fuels. If renewable forms can be generated future requirements could be met. As such an approach lessens changes to engine and generator design there is added pressure to seek these avenues.

For The Latest Biofuel and Biomass Technology News

Previously it was possible to insert a direct view of the latest headlines visible on the page.  Such information is still there.  It simply requires one extra step.

Check the inks below to get up to date on your most burning area of interest.  There's both Google and Bing feeds accessible.

Then for Biomass developments.

Also Bing has its sources of news on biofuel as well as biomass.

There are other research processes underway that would produce a totally different result. However a number of these look to be a long way from becoming viable. Meanwhile fossil-fuel-like alternatives seem a more simple alternative.

There have been a couple of significant directions in biofuel and biomass technology news that hold some promise. Results from these are being tested by naval and other agencies.

A major one is the use of algae in various forms. The way these are grown enables algae to be managed on limited ground area compared to traditional agricultural products. Vertically-oriented containers can hold huge volumes of algal material.

The other avenue, using all parts of plant matter to produce fuel precursors, has proven difficult to achieve in the past. But now a number of biomass fuel manufacturers have broken through this barrier. Fuels of a number of types are being produced and tested. Being able to exploit all parts of plant matter means that waste products as well as non-food plants that can be grown on marginal, non-food-producing land can be employed.

In biofuel and biomass technology news at least a couple of US-based companies are having their fuel products produced this way tested by naval and airforce branches. Some have even received fuel certification of some of their products.

By keeping in touch with further developments in biofuel and biomass technology news it will be possible to know where this is headed.

For those wanting to invest in promising companies that will generate profits in a shorter time-frame than some of the newer alternative energy directions, such information will be invaluable. A number of these companies, although quite established, will need to avail themselves of significant funding as they expand.

Checking back regularly on the latest reports in biofuel and biomass technology news, it will be possible to stay ahead of the crowd.