Cold fusion news always seems to be lurking in the background whenever you look on the internet.

Most recently the claims of Andrea Rossi and his E-Cat apparatus have been appearing everywhere.

From all I have seen and understand, from a scientific viewpoint, cold fusion does not seem to be remotely likely.

I would tend to fall into the camp of those who feel that any generated energy being observed in these situations is most likely from beta decay.

The very nature of fusion requires an atomic nucleus to overcome the repelling forces of a similarly charged nucleus to the point where the nuclear strong binding forces can come into play.  Intense energy needs to be applied.

Enough kinetic energy would need to be involved to drive the nuclei into each other's paths overcoming the natural similar charge repulsion. 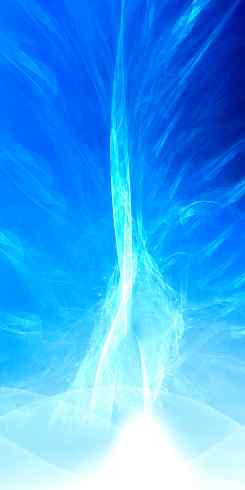 Usually this energy would come from enforcing rapid movement of nuclei as in particle accelerators or at very high temperatures.

Or else incredible pressures compressing nuclei together.

Random atomic movements that occur in all matter above zero Kelvin could induce possible approximations of atomic nuclei, but it is extremely unlikely to be adequate for close nuclear interaction.

There is a form of nuclear fusion that can occur at lower temperatures utilising sub-atomic particles - muons.  With their negative charge and relatively high mass, they can shield the mutual repulsion occurring between two or more positively charged protons.  Their relatively high mass allows them to orbit the nucleus closer than electrons do, again allowing two nuclei to approach very closely.

Research on this is occurring in two countries.  I have given a background on both the Australian and Japanese research approaches.  The Australian Star Scientific venture has attracted international investment and has significant useful on-line information.

I have seen, and commented on, people who have been talking about fuel cells based on cold fusion being possible in the next few decades. Even for the believers this is still a long way into the future to be a significant immediate help for alternative energy.

Again I still cannot see how all this takes place.

But just in case something random that is useful comes out of this, having a news page that will scour the world-wide net for information will do no major harm.

Also maybe there is someone out there who can contribute some useful information.

Therefore I have included it to see what could be generated under cold fusion news - likely much more against than for.

Previously simplified methods allowed for news from different sources to be displayed as a headline and brief summary within the page you are reading.  Although this is no longer possible you can still check out relevant cold fusion news.

For Google-sourced news on Cold Fusion checkout the link on this.

Otherwise, for those who prefer Bing as their collector you can use this connection.  Either way you should be able to reach the latest tit-bits of info.

Have Some Information Or Thoughts On Cold Fusion?

Do you have some really useful information about this? Share it!