Star Scientific Limited seeks to generate effective nuclear fusion working in harmony with nature. Using a nuclear physics principal ennunciated in the 1950s and well-demonstrated and understood, it could offer another, simpler way to produce nuclear fusion alternative energy. Due to some technical challenges most other investigators have given up.

But a long-lived Hungarian World War II refugee, focused on it for the last forty years, believes he is not far from the ultimate goal. His story is one of innovation, persistence and the ability to re-invent himself. 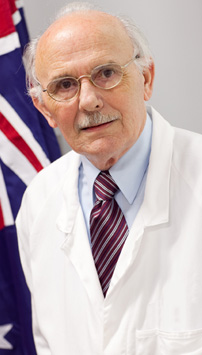 Born in Hungary in 1929, Stephen Horvath, the inventor and patent developer for the Star Scientific company, studied aeronautical engineering at Budapest University. World War II intervened, forcing him to flee to Austria.

From there, in 1949, he managed to relocate as a refugee to Australia. There he continued his interrupted studies through correspondence with the British Institute of Engineering Technology.

Once working his exceptional application brought him to the attention of the De Havilland Aircraft Corporation. In 1956 he joined them, working in redeveloping a jet fighter for training purposes.

His underlying deep interest in physics and energy caused him to keep studying this field while he worked.

In the early 1970s with his own design consultancy business he developed a number of inventions. He was also producing equipment for a number of engineering companies.

A swipe card security system he developed became Access Control Systems. He sold this in 1978.

With that money he founded Horvath Energy Australia (HEA).

The many years of extra physics study had led him to the point he wanted to experiment and develop an effective muon catalyzed fusion system. He felt it should be possible to produce nuclear fusion alternative energy in a method harmonious with nature, rather than exerting brute force.

In this belief he found a common mind with Sir Ernest Titterton. The foundation Professor to the Chair of Nuclear Physics and Australian National University, who had worked on the Manhattan Project, helped Stephen develop his nuclear processes.

He travelled and discussed his work with many physicists around the world. In 1989 he was invited to test his second prototype in the US at General Electric's facilities.

The forerunner of Star Scientific, Star Energy, was founded in 1998. Patents had been submitted and were held by the company. Effective fusion energy generation seemed not far off.

The company's name was changed to Star Scientific in 2004.

Although there are details available, the main defining technology remains unknown. It will be part of the patented process.

High profile investors are now rumoured to be involved. There is supposed to be interest from the Australian Navy and Air Force and the US Department of Defence.

With pressure in Stephen Horvath's past to reveal an early version hydrogen car before he was fully satisfied with the technology, he will not be releasing the Star Scientific muon catalyzed fusion apparatus prematurely.

What is the technology? 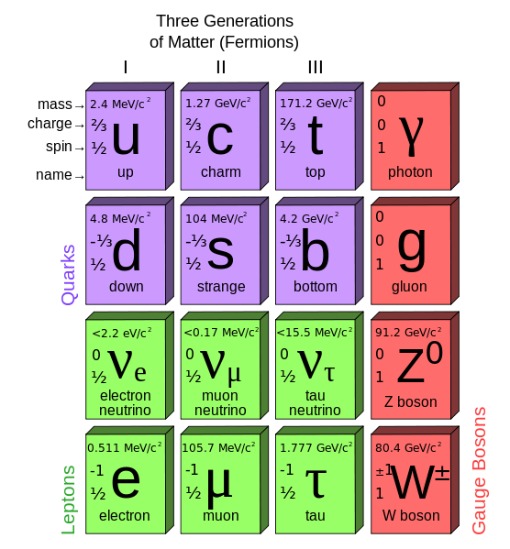 Table of basic particles, or Fermions, from Fermilab, in the US DOE

As explained in fusion energy the technology of Star Scientific with muon catalyzed fusion allows for nuclear fusion to be achieved at low temperatures. These temperatures can be from several hundred degrees Kelvin to cold temperatures that produce solid hydrogen.

All nuclear fusion reactions attempt to bring atomic nuclei close enough together so that the electrostatic repulsive forces of like positively charged protons are overcome by the much stronger, but shorter range strong (nuclear binding) force.

Muons, one of the basic particles of matter, have a mass around 207 times that of an electron, but with the same negative electric charge. On exposure to atoms like hydrogen a muon can replace an electron.

With its much greater mass it orbits the atomic nucleus much closer than does the electron. In doing so, it allows closer approximation of hydrogen in forming a molecule. As the muon orbits its charge can mask that of the proton's. This allows the strong force to operate. The nuclei can fuse.

A muon decays at around 2.2 x 10 microseconds into an electron, an electron antineutrino and a muon neutrino. During the time one exists it could ideally interact with around 10,000 nuclei.

In reality, though, the muon tends to become bound to a resulting helium nucleus every so often, experimentally reducing its effective interactions to around 200 in its lifetime. This has been the point that has caused other researchers to abandon muon catalyzed fusion.

Generally muons have been produced by particle accelerators. The energy required to generate a muon this way renders an output of 200 nuclear fusions insufficient to produce a useful net gain in output energy.

In the particle accelerator, muons are preceeded by pi mesons, or pions. These have an extremely short life of around 20 nanoseconds.

In nature pions then muons are produced by cosmic rays, in large part protons, interacting with atoms in our atmosphere.

Star Scientific have made the claim that they can produce oodles of pions and hence muons, rendering the stickiness and limited interactions that have been observed irrelevant.

Assuming the Star Scientific process for muon catalyzed fusion works as expected, the energy generated from high energy neutrons can be harvested. Just as with nuclear fission, fossil fuel and similar processes the heat can convert water to steam to drive turbines. The turbines drive generators producing electricity.

The Star Scientific muon catalyzed fusion fuel is proposed as deuterium, readily obtained from seawater. Although energy generated from the initial deuterium to deuterium interaction will be relatively low, some tritium will be bred. Deuterium to tritium fusion will create higher energy neutrons.

Stephen Horvath,married for sixty years, has two sons, Stephen Jnr and Andrew who have been raised around fusion research. They are actively involved in the company.

Andrew is the very prominent executive chairman of Star Scientific while his father remains as the chief scientist.

Although many who have researched muon catalyzed fusion feel it is unable to produce effective net fusion (the Japanese are an exception), maybe there is a process that might work. If Star Scientific can indeed produce multitudes of muons relatively easily with minimal energy, they would be on to a winner.