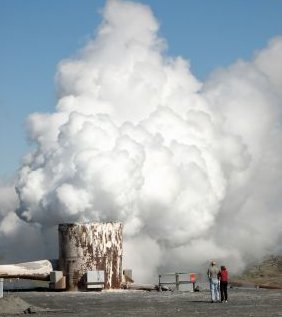 The common perception of this is in the use of steam from volcanic geothermal areas.

From early Chinese and Roman times geothermal energy has been used for heating spa and floor areas.

And even today people are using alternative energy geothermal to heat homes, greenhouses and other areas.

Especially in concentrated areas of population it is possible to channel geothermally heated water through a system of pipes and radiators to heat multiple homes and facilities at once. Economically this is very efficient. 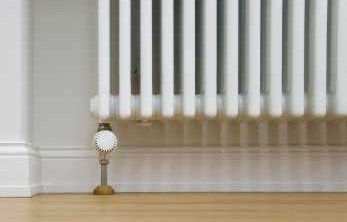 For those areas without naturally vented geothermal activity it is still possible to use the thermal energy from the sun stored in the earth to heat homes through heat pumps.

Sweden introduced these with the oil shock in the 1970s in a widespread way. Its use has become common there. 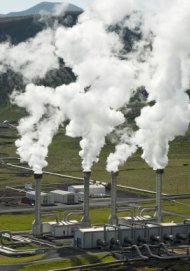 For those countries where the earth's tectonic plates move, along the Pacific ring of fire as well as places like Iceland, there is usually access to the more powerful alternative energy geothermal effects.

From inside the earth where liquid magma forms the core and radioactive decay is spontaneously occurring, heat arises.

More heat is being generated there than we could draw off to power all our communities. 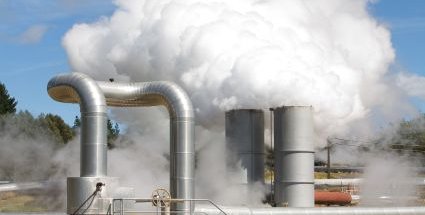 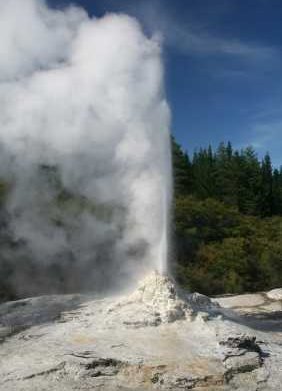 Where major geological plates slide this magma is shallower. This allows for the more ready interaction of other elements on the earth's surface. A number of events occur that allow the heat to manifest at or near ground level.

Water tracks through fissures in the crust and interacts with the deeper-seated heat. Superheated, it tracks back to the surface, at times staying contained below the surface in large reservoirs.  These in themselves as well as the local heating can be accessed.

Or it can come to the surface in various geothermal manifestations like geysers, mud pools and similar.

Where the superheated water can be accessed it can be used relatively directly to drive turbines to create electric power.  As the underground pressure is introduced to that at the surface, huge amounts of vastly increased volumes of steam are produced. 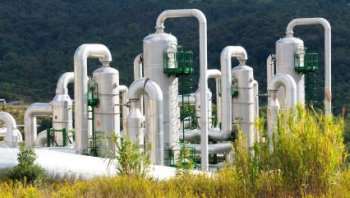 New Zealand was the second country to employ it. Many of the available fields have been mapped there. And only 15% of the known power has been utilised, now supplying 10% of the country's total energy needs.

Soon after the United States began geothermal electricity generation. So far about twenty-five other countries use varying amounts of this resource.

Stewardship needs to be exercised in power production as at times there has been a lessening in local geothermal activity beyond a certain usage level. Re-injecting water into the field can replenish these areas again.

Where the water is not as hot heat exchangers can be used with lower boiling point liquids to drive turbines in the same way as direct geothermal energy can.

And there have been trials of actually drilling into those deeper, warmer areas in the earth's crust, pumping water into them and drawing the water that has been subsequently heated into other drilled tubes to be used for power generation.

When this was tried in one area in Switzerland it had to be shut down due to creating tremors. But in other countries like Germany and Australia there have been encouraging results.

What it does mean is that most areas of the world can utilise this alternative energy source.

A significant advantage of this approach is that the carbon footprint is very low.  The system is effectively closed with the liquids used to drive the system being able to be kept within pipes.  These exchange heat with the turbine-driving liquid which can also be contained.

As the heat generated is ongoing and the subterranean pressures are not being released to the outside atmosphere, this source is available for millennia.

The limiting factor is the cost of establishing the power plants with piping, drilling and initial power station installation. 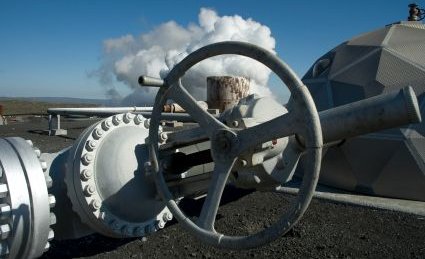 Once established there are relatively few ongoing costs in producing geothermal energy for power as the fuel is replenished freely.