Hydrogen alternative energy production even more efficiently and cheaply seems to have moved a step closer with some recent research out of the University of Wisconsin-Madison.  On March 9 2015 Nature Chemistry published a paper submitted by Professor Kyoung-Shin Choi and a post-doctoral researcher Hyun Gil Cha showing twin promises.

Not only had they achieved a more energy-efficient way to split water to produce hydrogen, but they had managed to do so without an expensive precious metal catalyst.  Not only that but also as a by-product of the reaction they produced an important polymer precursor from a biomass product.

The technique employed the power of the sun in a photoelectrochemical cell application promising multiple benefits from our most freely available, ubiquitous energy source.

Standard electrolysis of water that most of us are aware of from school experiments benefits from the presence of costly platinum as a catalyst.  As I mentioned elsewhere this requires more energy to release hydrogen than reusing that hydrogen itself can ever yield for energy processes.  Utilising a freely available source like the sun, whose fuel we are not paying for, makes good economic sense.

In the usual electrolytic method oxygen is produced at the anode very slowly while hydrogen is generated at the cathode.

In their research instead of producing oxygen, Professor Choi and her fellow researcher aimed to oxidise a useful molecule that required less energy and occurred more rapidly than oxygen production.

They chose an intermediate molecule in cellulose biomass production - 5-hydroxymethylfurural (HMF) - which would oxidise to produce 2,5-furandicarboxylic acid (FDCA).

FDCA is useful in polymer production including polyethylene terephthalate or PET which, as I have covered in other areas on biomass production, allows for a renewable option in making packaging and bottles, including those used by Coca Cola. 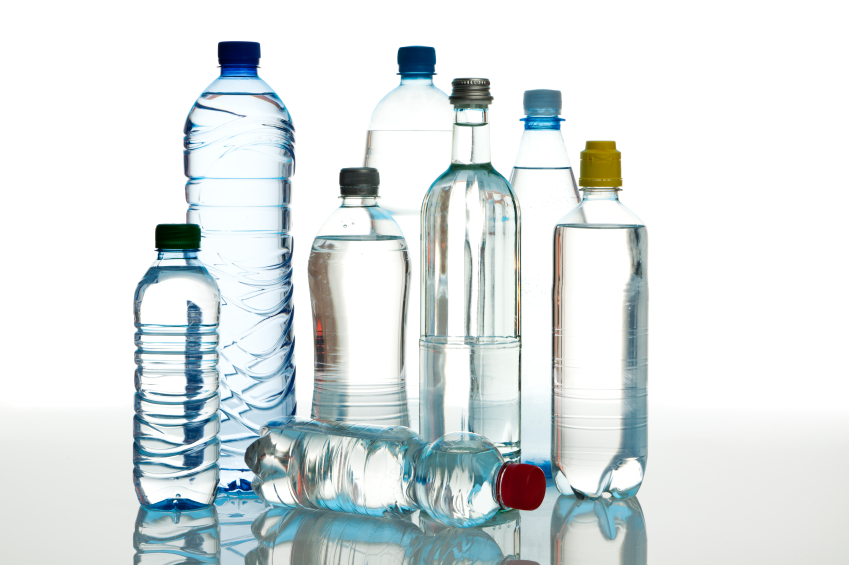 An assortment of bottles that are possible to produce with PET.

Those methods I have covered in biomass conversion usually require high temperatures with its attendant energy demands and downstream unwanted by-products - not very "green".  But this hydrogen alternative energy production produces its useful products at room temperature with a simple solar cell.

Professor Kyoung-Shin Choi, originally from Korea, where she gained her bachelor and masters degrees at Seoul National University, completed her PhD in 2000 at Michigan State University.  She undertook post-doctoral work for two years at the University of California, Santa Barbara before ten years at Purdue University as Associate Professor.  She has been Professor of Chemistry at University of Wisconsin-Madison from 2102.

Her interests have straddled those of chemistry and materials engineering seeking to manufacture lighter, more efficient and lower cost electrodes for electrochemical and photoelectrochemical devices.  Micro- and nano-scale control of crystalline formation and deposition create possibilities for targeted molecular effects.

Although this work is still at the research result level, it promises a useful beginning to hydrogen alternative energy as well as multiple products from widely available biomass waste.  Again cross-disciplinary work and applications seem to be generating real world benefits.