Hydrogen Cars
Past, Present And Future

Hydrogen cars spreading across the highways of the world bring images of low pollution, environmental friendliness, and in some forms near silent operation. Are they feasible?

A Swiss inventor, François Isaac de Rivaz, born in Paris, developed an internal combustion engine fueled by hydrogen and oxygen. This was in the first decade of the 1800s.

He built an automobile powered by the engine a year later. But it never progressed nor was widely adopted.  There were some technical challenges with his design. 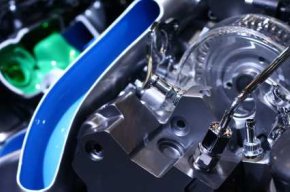 But his method is still one of the main options for direct hydrogen utilisation by cars and other alternative energy vehicles. An internal combustion engine does not need major modification from that running on regular gasoline.

Another way is by utilising fuel cells as covered in a specific page.

Fuel cells power an electric motor. These will give near silent-running cars. 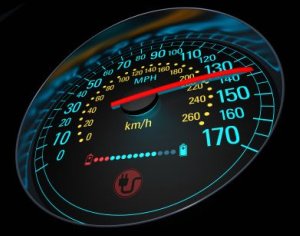 Either way the by-product of hydrogen use is water, assuming a fairly pure fuel source - a highly desirable end point.

Many major car manufacturers have experimented with prototype alternative energy cars including those utilising hydrogen in one way or another.

Already there are bus fleets in Iceland and Norway running on hydrogen. And there are areas in the USA and other countries with hydrogen fueling stations. 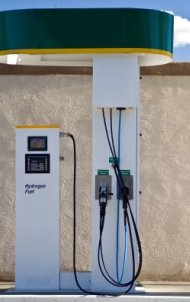 A major advantage in using hydrogen as a direct fuel is the wide range of mixes with air that still produce combustion.  This opens possibilities for increased fuel efficiencies and a less critical mixing than with gasoline.

In approaches so far the diesel-type engine seems to be the most effective for the way the fuel burns and in producing power.  There have been suggestions that a less geared or direct drive engine would be best, this at the expense of fuel economy.

Any car using hydrogen requires adequate fuel tanks to contain this light, freely mobile gas. Unless it can be stored as a liquid the tanks need to be rather large to provide any significant distance per filling.  Hydrogen tends to spread through the structure of metals making many brittle.

And being a small atomic molecule it can readily leak from minor seal imperfections. Hydrogen ignites quite freely in air and the flame is near invisible. Technically its use is a challenge.

In the early 2000s there was US federal and state (such as in California) backing for research on direct hydrogen vehicle drives. Part of the impetus for this was in the pressure this could create for hydrogen filling stations.

Hydrogen is such a useful and freely available molecule. But its best use may be in an extrapolation of other uses for it rather than as a straight fuel in direct hydrogen-powered cars.