With published dates for the project it should beat California's venture by a couple of years.

And one of the two main partners, BP, is joint venture in both projects. It has 40% share to the main partner's - Masdar, a UAE renewable and sustainable energy company - 60%.

In this venture the hydrogen source is natural gas. A lot of this is currently pumped underground to maintain oil supply pressure. 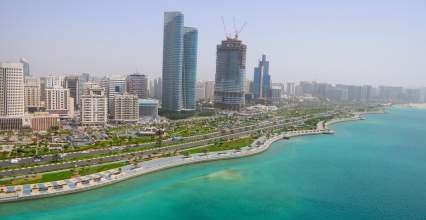 The proposal is that carbon dioxide captured from the processing of the natural gas to produce hydrogen will be pumped underground in its place - the so called carbon capture and storage or sequestration. 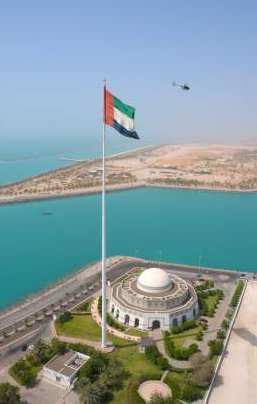 The oil-bearing cavities that the carbon dioxide are pumped into are felt to be impervious to gas leakage and should contain it long term.

The goal is to store 1.7 million tonnes a year of carbon dioxide. Does this remind anyone else of the Simpsons' episode where Homer is elected to run trash removal cheaply and stores the rubbish under Springfield? Until it all erupts above ground!

The technology has been experimentally proven. This will be one of the first to do it on a commercial scale.

As far as producing hydrogen from natural gas is concerned, nearly half the world's current production of hydrogen is produced this way.

Current world hydrogen production is used about equally in producing fertiliser and in hydro-cracking of petroleum products to produce the lighter fractions for most of our current fuel needs. 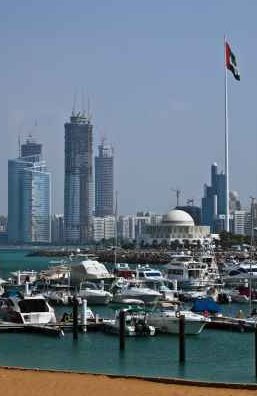 Producing hydrogen from natural gas is by a process known as steam reforming. Natural gas is heated - to about 700-1100 centigrade - with steam in the presence of a nickel catalyst, producing carbon monoxide and hydrogen.

The carbon monoxide reacts, at a somewhat lower temperature, with the steam (water) to produce carbon dioxide and more hydrogen.

The carbon dioxide can then be captured, fairly efficiently, and then pumped to be stored underground in currently active oil fields to pump up more oil. Greater petroleum extraction efficiencies are expected.

This project's hydrogen-driven power station is designed to produce 400MW of power, enough for 5% of Abu Dhabi's current electricity needs.

If all went according to plan construction was scheduled to commence about mid 2011 with an expected cost of US$2 billion and the generation of several thousand construction jobs and around a hundred jobs for running the completed facility.

The 2008 western economic downturn which also severely affected the Middle East as well as many alternative energy projects has delayed the implementation of this venture.