Sandia Laboratories, a part of the US defense establishment for creating nuclear weapons during World War II, is also involved in the development of energy. Its aims include security of supply, storage ideas and assessment of current and future supply including renewables, and especially in relation to this site, the development of fusion energy. In particular it is developing an imagination-grabbing huge electrical charge apparatus - the z machine. 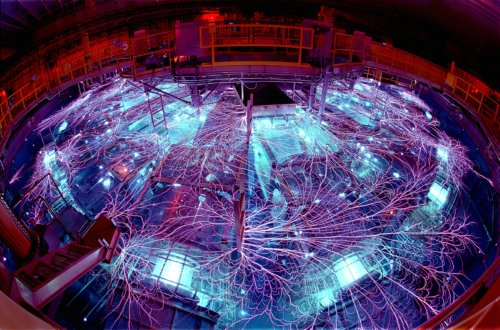 As with Lawrence Livermore National Laboratories and the Ignition Facility project, the ideas are based on extrapolations of its related weapons technology background. Such a focus enables further testing of weapons ideas, monitoring of them and materials testing. As noted before, part of the long lead time with these projects is the time required to test the wide range of ideas involved.

A huge benefit for these establishments is the huge budget backing them. With concerns for national security future funding should continue to be assured. At the same time concerns for security of energy supply have focused the developments within alternative energy research.

The materials testing program enables Sandia Laboratories to be involved with production of at least part of the walls for the huge French-based, international ITER project.

Beginning Of Their Pulsed Power Initiatives

Based in Albuquerque, New Mexico, the main site of Sandia Laboratories began the pulsed power programs in the 1960s.

Initially the testing of weapons, materials and effects was led by particle accelerators. As laser technology became more advanced it enabled it also to be directed toward weaponry. But also it has brought about possibilities in energy production. However the huge amount of energy required necessary for such lasers along with the even greater power to drive them does mean this is an expensive option. 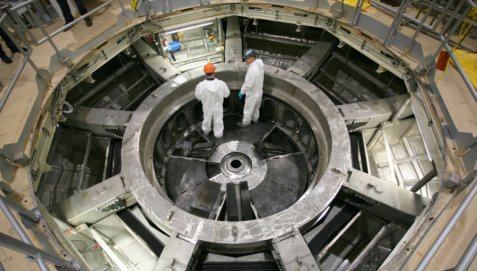 A relatively cheaper one is using more easily generated z pinch effects. Storing energy in capacitor-like banks charged from regular electricity supplies and releasing it into an apparatus to cause a pinch is relatively simple. As with particle accelerators and lasers the energy is applied in pulses which fits with weapons ideas. But it also recognises the inherent instabilities of plasmas that are the basis for hot fusion.

Beginning in 1997, extending from work on one its accelerators, the Z machine was born.

The basic design is centered around a vacuum chamber with a target at its core. Surrounding the chamber is an array of huge wires to conduct the power from gradually charged capacitor banks, the Marx generators, creating enormous pulses of power in a fraction of a second. 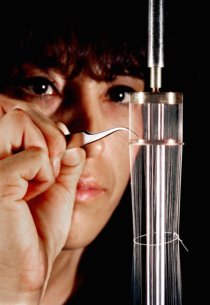 As happens with other Z-Pinch processes the currents in the wires rapidly heat them to a vapour which then forms a plasma which creates its own magnetic fields compressing the plasma with the pinch effect. The plasma accelerates to the centre at around 3000 miles (5000km) a second to further heat and compress the centre of the target - a deuterium and tritium fuel pellet - to hopefully create a fusion reaction.

Original fine tungsten target wires were later changed to thicker steel ones with a considerable increase in temperatures achieved.

In the initial Z machine around one shot a day was fired. For a viable energy-producing machine it is proposed ten shots would be fired every second, requiring a huge power supply and a method of harvesting the generated heat to drive turbines.

The Z machine was revamped to produce a 50% increase in power, creating more extreme conditions for testing and energy development. This ZR machine was completed in 2007. 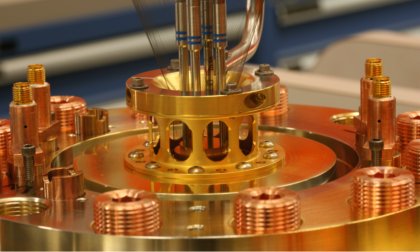 Materials testing continued, with note made of testing diamond for the capsule or hohlraum. Solid and liquid states were demonstrated along with an intermediate mixed state which was not ideal for pinch purposes.

Sandia Laboratories has scheduled at least a couple of refinements on the pinch machine - the ZN (Z Neutron) machine allowing a shot repetition every hundred seconds and the Z-IFE (Inertial Fusion Energy) machine. The latter is anticipated to have ability to fire ten shots a second to generate useful power.

Power for the unit is expected to be supplied by Russian designed Linear Transformer Drivers - LTDs. These are capable of being constructed in many combinations depending on the voltage required and varying pulse widths from micro to nanoseconds.

Even Sandia Laboratories rate their fusion contribution as an outside chance. With the information generated from it that they can then use in other aspects of their responsibilities they seem satisfied with that limited possibility.