For fusion energy, where does the energy come from? Well the basis for it is in combining say two hydrogen atom nuclei to form a larger molecule. In the process a huge amount of surplus energy is released.

And this energy can be harnessed for power. 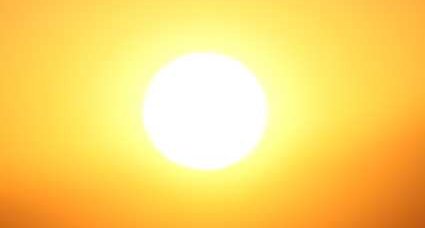 By fusing separate nuclei together it is possible to create a new atom. The sun and other stars have a number of these combinations going on to produce the tremendous heat, light and other events that we have been aware of from when we were first able to see.

The most basic one of combining two protons together, as in the sun's energy, requires the huge compression of the sun's gravitation along with very high temperatures.

On earth, as it would be extremely difficult to produce that same pressure, we require higher temperatures. Making the reaction hotter can produce the same effect at a lower pressure. Even in spite of claims for energy production by cold fusion. There are some who propose there might be some hope in this lead. But it looks slim.

To make life easier we can choose one of the reactions that require less energy. The one generally accepted as the simplest is using heavier isotopes of hydrogen and combining these. 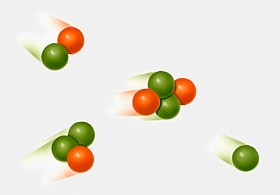 From this we get the proposals to use deuterium and tritium. The nuclei of these have a single proton with one or two (as in tritium) neutrons.

These hydrogen isotopes are combined and produce helium and some lone neutrons. The same release of energy occurs. And this can be utilised for alternative energy power.

The simplest way to have lone nuclei interacting is to make a plasma. Plasma is the so-called fourth state of matter after solid, liquid and gas. It is basically the atoms stripped of their electrons. This makes them positively charged particles.

Plasma comprises 99% of the known matter of the universe. And the study of plasma - plasma physics - was what interested me so much in high school. And from there the production of energy by fusion. And all that promised for our future.

This is the basis for many of the projects about the world to produce controllable nuclear fusion.  Especially those confining plasmas such as in tokamaks, stellarators and other related variants.  The widely backed, high cost ITER project utilizes this.

It is possible to use other light atoms for fusion energy. And this is explored in related parts of this web site. High energy neutrons form dangerous radiation which needs to be contained. It is possible with certain reactions to avoid the high neutron production as well.

It is theoretically possible to develop fusion energy at lower temperatures. Such would be considered catalyst-induced reactions. Ideas regarding this still expect to utilize deuterium and tritium due to the relatively easier nuclear binding these isotopes can undergo.

If a larger, negatively-charged particle approached one of these nuclei, replacing the electron, it is possible such a nucleus could partner with it to form a variant hydrogen atom. At that point the usual inter-nuclear distance could be reduced by the orbiting negative particle shielding the mutually repulsive positive proton charge.  Then the strong nuclear-binding force could operate and the nuclei would fuse.

The negatively-charged orbiting particle would then be released to interact with another nucleus to continue the process. A true catalytic effect.

Negatively-charged muons, around two hundred times greater mass than electrons, could achieve this. This lower temperature fusion catalysed by muons has been experimentally demonstrated at around 300K to 900K.

How can muons be produced to induce this lower temperature fusion energy?

This reaction is occurring about us every day. Cosmic rays, composed mainly of protons, are bombarding earth's atmosphere. As they interact with atoms in the atmosphere they produce pions which, in a few metres travel, decay into the muons. Muons, which easily travel through matter, are readily detected in mines and underwater.

To enable us to use this form of low temperature fusion energy we would need to be able to readily produce pi mesons with their longer-lasting decay products of muons. This can be done in particle accelerators. But more common generation has not been possible - although ... one Australian company claims to have been able to achieve this.  A Japanese project is also pursuing this avenue.