Wave energy to produce alternative and renewable energy has great appeal. But there are some considerations.

As waves are generated by the movement of wind over water masses, there is not a continuous supply. However some areas of the world, particularly the temperate ones with strong prevailing winds, will produce a more continuous one. 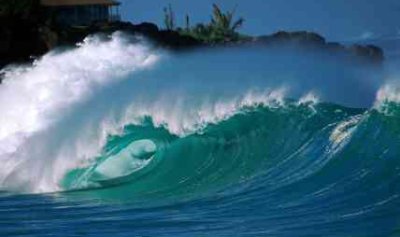 It amazed me when I first visited Hawaii's Oahu North Shore that the sea was totally flat. All those surfing movies made it seem this area always had huge waves.

But the North Shore benefits from storms and other winter conditions about Alaska causing changes are felt as far south as Hawaii. 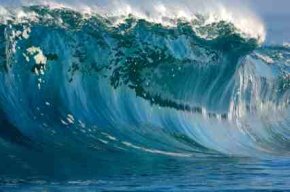 The types of generators proposed to produce energy from waves are many and varied, from rocking buoys on the surface, but tethered deeper, to submerged versions, to long-armed pontoon type models that funnel energy, to long floating articulated units head on to the waves as in the Portuguese wave farm.

The motion induced by these is transmitted to generating units that can be land- or sea-based.

There can be direct water driving of turbines or transmitted hydraulic effects within the units.

Although the first units were developed in the early 1900s, and patents for generation were filed even over a hundred years before this, the first actual wave farm began operation in Portugal in 2008 from technology developed in Scotland in 2004.

Even this unit ceased its experimental generation within months with the financial challenges of 2008 affecting the funding company.

There is an international organisation dedicated to analysis, research and deployment of wave power generation. 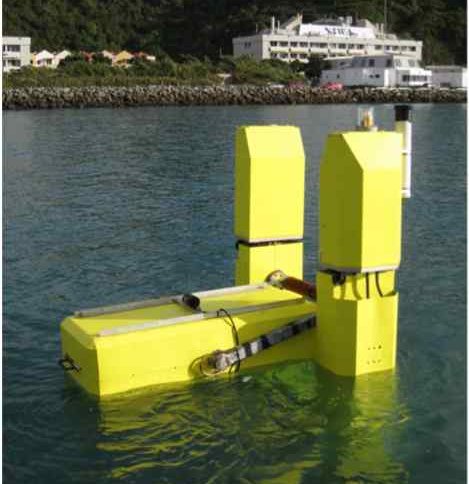 And there are co-operative projects being developed as between New Zealand's WET NZ and Northwest Energy in the US.

A quarter scale model tested in New Zealand will be further developed in the US as well as testing the technology in wave tanks at Oregon University.

This unit is based on a floating buoy with a flap on the ocean's surface and hydraulic generation through a number of arms that allow the energy from several different motions of the wave (height changes, forward and lateral movements) to be harvested. 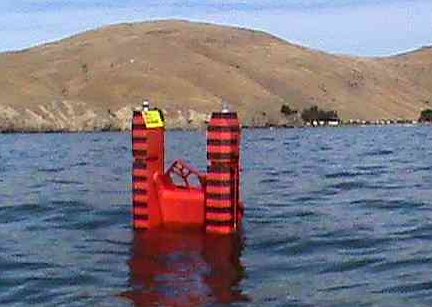 The initial testing collaboration for the WET NZ project ceased in early September 2013.  Where the results could head is not yet clear.

Devices that sit above the sea surface will pose navigational challenges. Visually they will be much lower than any offshore installation for wind harvesting.

With significant waves being caused usually days in advance of when they arrive predictions of available power generation can be readily made. 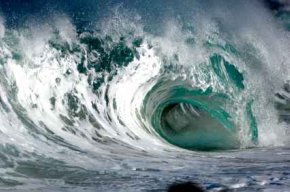 As with tide extraction the relative density of water to air gives huge benefits to turning turbines and other units.

Wave action closer to shore is more turbulent with wave breaking occurring. Some developments are proposed for this area. But the equipment is subject to more severe stresses.

Most proposals are for establishments some distance from the shore where the even swell element occurs. 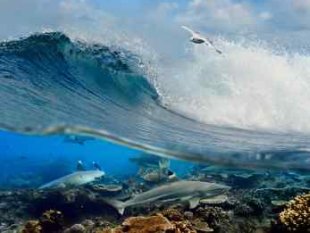 Here the heaving force of the wave produces local pressure changes which can be harvested or utilised.

Extraction of energy from waves has barely begun. Huge latent power is available.

The ideal method has yet to be developed. And there is the intermittent nature of the driving force.

But wave energy offers a large relatively untapped renewable energy source. To keep up with the latest news on wave energy check out the updated news on it.