Tidal power allows the gravitational effects of the sun and moon along with the earth to generate renewable alternative energy. 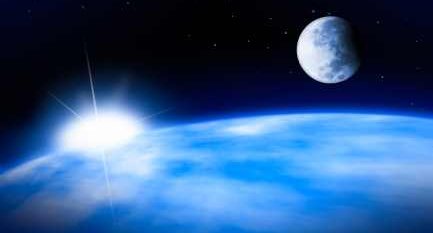 Tides were used from early times in driving water-type wheels for grain grinding and other similar functions.

One modern power unit has been used in France from the 1960s contributing to the national grid. Although this facility may not have the most ideal way to generate power it has a lengthy testing history.

As the earth rotates and presents new areas of its surface to the sun and moon, the water in the seas and other water bodies ebbs and rises.

Some of the generated energy in the water is lost as it passes geographic coastlines, slowly reducing the speed of the earth's rotation over millennia.

With the tides rising and falling just under two times a day, there is constant movement available for generating power.

Generally areas with the largest variations in tide height will have the greatest tidal power generating capacities. But there are other factors. 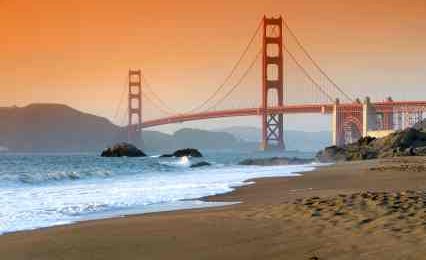 Areas like large harbours where huge volumes of water surge in and out, especially through narrow channels, like San Francisco Bay and New Zealand's Kaipara harbour, lend themselves to new methods.

The initial ideas were to use a dam-type effect, as in France, where water could be allowed to run into the dam area through a sluice. As the tide fell, water was allowed to drain out through low head turbines.

It is also possible to use the incoming tide as well by having turbines that will respond to water movements in both directions.

The head of water pressure can be added to by using generated power to pump further water behind the dam. 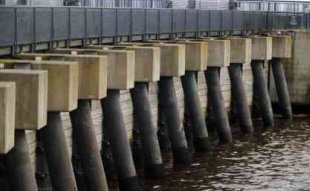 As with river dams for power, there are problems. Aqauatic life will be prevented from migrating through the dam. Silt can build up behind it reducing the depth of retained water for power over time. And modification of water levels can change usual long-term effects on coastal land.

Ways around this have been sought, as with river dams, like fish ladders and slower-turning turbines.

Monitoring the French site did show some initial changes. But this settled to a steady, although altered, equilibrium over time.

Another version of the dam has been proposed from the Netherlands with large barrier-like protrusions extending perpendicularly from the coast out many kilometres or miles from the coast. 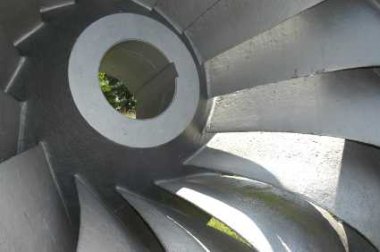 As the tide changes tend to propagate down the coastline, there will be level changes about these walls. Any number of turbines can be established along these walls.

Problems with this idea include vessel navigation around these objects.

One method being raised is that of seabed-based turbines like wind turbines already widely deployed to farm air movements.

With water density being around 800 times that of air, large amounts of power can be generated easily with similar-sized blades.  Or these can readily be scaled down.

Such fixtures can be located at harbour mouths or out at sea.

The units can be fixed on the sea-bed to extend above the water surface.

Or they can be entirely submerged, well below the draft of ships, with no visual impact above water. And ships can still use the areas.

Test units have not yet shown an adverse effect on marine life, especially with slowly rotating blades. 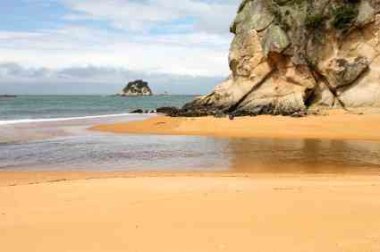 Although the rate of the running tide will vary and at high and low-tide there is no differential flow, the movements are otherwise present every day.

With the variation in tide times, power generating times will not always correlate well to the demand times.

In a similar vein there are the large sea currents circulating streams of warm and cold water that could be exploited as well.

Energy provision from tidal power could be huge in relation to current requirements. As always the least impact methods recommend themselves. You can keep up with the latest news on tidal power generation on this site.