Wind Turbine Syndrome
What's It All About?

Wind turbine syndrome, since being coined by Dr Nina Pierpont, the US pediatrician and PhD graduate, has been commented on from all angles, pro and con.

One quote that I remember hearing some years ago, felt true at the time, and I feel is even more relevant now is: It's not what your doctor knows that will kill you, it's what he/she doesn't know.

We have learned doctors, health authorities and experts supporting the wind farm developers saying there is no peer reviewed literature showing harm from wind turbines. And even further maintaining that the wind turbine syndrome problems are all covered by stress reactions.

As mentioned in other areas in this site peer review literature is all well and good. There is much use in having such a system. But where new information falls outside parameters for the journal and past published findings it can be very difficult to get admitted. 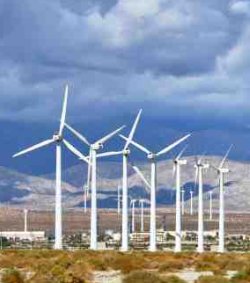 Peer review journals can have a self-perpetuating party line.

As time goes by, more peer reviewed articles have been appearing. For those interested check out these recently published ones that all have significant findings as well as illustrating the ongoing changes and emerging consensus on the problems.

What has been demonstrated by those working in the field is that changes do occur in people living even 5km (3 miles) from turbines. A sleep disturbance general physical and mental well-being study by Dr Michael Nissenbaum showed effects on sleep and mood that were present decreasing in proportion to the distance from the wind turbines. It was thought 5km would be a control distance - but it proved to still show changes.

Other wind turbine syndrome effects noted include initial popping of ears followed by , then tinnitis (ringing in the ears) and a lessened ability to hear with background noise. Children could exhibit a lessened ability to distinguish between similar consonants confusing "T" and "K" and "W" and "L".

There were marked effects on brain processing, not just actual hearing, with decreased reading, maths, concentration abilities and test performances. Other similar cerebral processing tasks such as remembering lists or recipes, following plots of shows on television, and maintaining a train of thought on the telephone could also be effected. 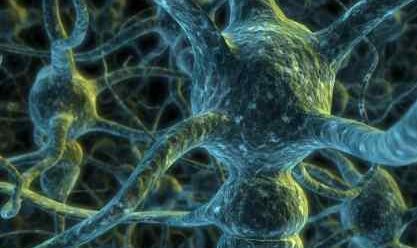 These changes began around the time of the turbines starting, getting worse and involving more problems with longer exposure, and decreased when people were away from the sites, reappearing on return.

And established wind turbine syndrome changes with prolonged exposure can persist for some time after leaving turbine areas.

The Question Of Sound

Wind turbine developers and related authorities, including those setting standards for these farms talk about audible sound levels. They ignore and even scorn infrasound - sound levels lower than normal human frequency thresholds. We have all experienced the carrying power of the audible low-frequency "boom boxes"

And yet there is good scientific evidence from other research that our inner ears do detect these infrasounds and at much lower intensities than regular sound.

Serendipity in coming across the wind turbine syndrome data has allowed this research to be applied.

It is like many areas of science out there. Groups can have hugely significant data that would relate to other areas but the peer groups, interest areas and conferences do not overlap. 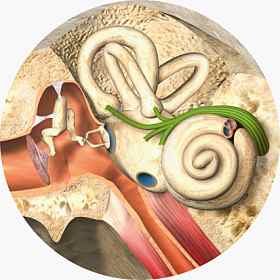 One such was Dr Alec Salt from St Louis who had been researching cochlear fluids and cells using infrasound for its useful experimental effects. People are well aware of sound attenuation by the ear with louder noises.

The researchers had shown in mice how the balance part of the inner ear organs pick up and respond to low frequency sound. Mice could be induced to jump in response to a sudden sound pulses.

Are the reponses that animals demonstrate in the lead up to earthquakes and volcanic eruptions a sign of their being more attuned to some of these low-frequency sounds that could give the initial warning of changes occurring?

The jumpiness in mice mirrors the panic responses and sleep disturbance demonstrated in those suffering from wind turbine syndrome.

A number of other changes shown mirror changes in the pressure and fluid in the internal ear apparatus such as occur with diving and sudden deceleration injuries to the round and oval windows of these areas.

People with these injuries as well as having balance problems exhibit problems with headaches, stiff necks, sleep disturbances and decreased mental tasking abilities. 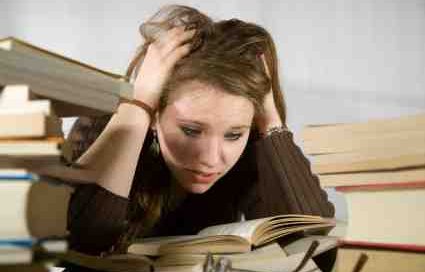 There appears to be good correlation with these unrelated problems and when taken along with other already mentioned work with vibro-acoustic disease there may be more severe problems over the long term.

Of relevant interest for wind turbine syndrome also is work in neuroplasticity and learning. Michael Merzenich's Posit Science programmes along with his early Fast ForWord programmes utilise the observed benefits in training children (and adults) to hear sounds correctly, at times slowing them down so the distinctions could be learned.

These methods improved not only hearing but also reading, global cognition and general processing problems including attention deficit and autism problems. Adult processing and memory can be improved with exercises based on this as well.

If infrasound causes loss of the ability to distinguish certain consonants and sounds, then processing will be adversely affected. And the effects on learning could be severe.

Brain structure and processing is fluid and has huge abilities to rapidly respond to altered input. Interfering with this ability will have more far-reaching effects than we might initially surmise.

There are observers out there who have mentioned other problems with wind generation - being intermittent there is the need for back-up power generation stations. Often these are fossil-fuel based. In attempting to decrease carbon dioxide emissions and wean us from fossil fuels we have to fall back on them.

Others have commented on the high cost of wind generated power. This is part of it. When it is realised also that each large turbine uses 300kg (660+lbs) of rare earth metals like neodynium required for the magnets in the generators, there is an even greater cost with current prices and the environmental effects of the mining processes.

Siting the turbines offshore does distance them from inhabited areas, although water will allow sound to travel well across it.

Maybe more helpful would be using the water itself to drive the turbines with tidal and current flows which are more continuous and reliable than the inconstant wind. And also vastly more efficient. There is the problem of marine fouling to deal with.

The wind turbine syndrome will not go away in a hurry. For more see Nina Pierpont's website. Like other medical entities that have had doubters initially, it looks like it will be here to stay and will have an effect on future renewable alternative energy development.