Wind turbines health concerns had not really entered my mind until the first weekend in March 2011. From that point on I became increasingly impressed at something that seemed to be under almost a suppression order - significant health problems associated with wind turbines.

I was in the Gold Coast of Australia at a conference. The hotel offered the usual option of having a daily paper with a range to choose from. I chose the Australian. 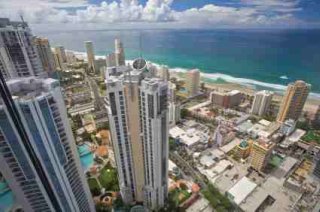 The Weekend Australian was delivered to my door on Saturday morning. Checking it out that evening I was amazed at the number of articles on alternative energy, carbon taxes and then one on health effects of wind turbines.

A number of people were illustrated suffering from wind turbines health side effects that appeared to be related to living near expanding wind farms.

And these people were not nay-sayers who never wanted wind farms. These were people who had welcomed them and felt they were a good idea. Until they began to develop some health changes.

A number had moved away to regain their health. Some people wanting to leave had been bought out by the wind developers with express gag orders preventing discussion of their problems.

Sarah Laurie an active general practitioner, or family doctor, in South Australia had been collecting results of wind turbines health effects that seemed to be related to living within 2 kilometers of large wind turbines.

I began searching on-line to check this out. There were documents that had been produced saying there were no documented wind turbines health effects in the literature. And that the sound levels near turbines had been monitored and found very low as I have noted in this site previously.

Often cited reports on wind turbines health which concluded there were no problems had been critically examined by a number of people who noted deficiencies in their exhaustiveness and referencing.

In Australia a Senate committee to examine possible wind turbines and health problems had been convened and there were to be public hearings in Canberra on March 25, Melbourne on March 29 and Perth on March 31.

There were some concerns expressed about those people who had been bought out of their properties by wind developers with a gag order and would not be able to testify.

Mention had been made in the article of a number of initiatives to examine wind turbine health-related problems in Cornwall, England from 2003; Victoria, Australia; Ontario, Canada and then in the USA.

A name that came up regularly was that of US researcher Nina Pierpont. On further checking I found she was a doctor and PhD graduate from major universities and had written a book Wind Turbine Syndrome. Published in 2009 it dealt in depth with observed wind turbines health problems documented in both a medical and more general way. 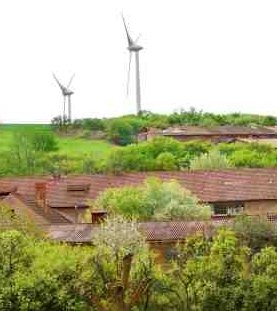 Disturbing Changes From Other Quarters

In part she referred to work from Portugal by NAA Castelo Branco and M Alves-Pereira on vibroacoustic disease - VAD - caused by excessive exposure to low frequency noise - LFN-induced damage.

It is seen in aircraft technicians, pilots, disc jockeys, ship crew and workers, restaurant workers and in populations around low frequency noise areas like airports and major roads.

Industrial and other noise induced hearing loss is well known and has a typical notch of greatest loss at 4,000Hz. But these changes were different.

The work began from 1979 when Castelo Branco was assigned to look after the health of maintenance workers in the Portuguese Air Force.

The range of changes noted from this exposure is extensive and severe even to effects on genetic material!

Malignancies (squamous cell carcinomas of the lung), metaplastic and dysplastic changes have been found.

Changes occur to microvilli of the hair cells in the pericardium, lung and inner ear varying in these areas from total loss, to a "shearing off" appearance, to fusing together. The fusing that occurs in the cochlea is proposed as a possible reason why some of these exposed individuals complain of sensitivity to noise.

Autopsy results from an exposed individual have been available from 1987. Then a worker in the Portuguese Navy died at 58 years having previously developed late-onset epilepsy. His cause of death was cardiac tamponade (restriction of heart movement due to fluid, or blood, in the pericardial space around the heart) from a small cardiac infarct - colloquially a heart attack. 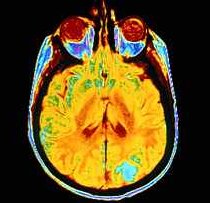 He showed eleven small myocardial scars of previous silent infarcts. Cardiac valves "seemed swollen". The pericardium was grossly thickened. There was thickening of the intimal (internal lining cell) walls of the coronary arteries. This was shown on microscopy to be due to an abnormal proliferation of collagen fibres (deeper support-type proteins in lining cells) and not due to atherosclerotic plaques There were two tumors found - a Grawitz kidney one and an early brain parietal region microcystic astrocytoma.

They comment that making the assumption that just because we cannot detect the sound it cannot possibly be harmful is illogical - that undetectable x-rays can cause major damage and yet not be detected by us.

One of the most frequent negative responses to the wind turbines health observations of Nina Pierpont and others is that the reported problems were the same as those observed with stress.

Castelo Branco and Alves-Pereira show the differences they have found compared to simple stress-induced illnesses. Their work is published in peer-reviewed Journals such as Noise & Health. They recorded lowered cortisol levels (the opposite of a stress reaction) with elevated peaks of noradrenalin, changed auditory evoked potentials and changes in the brain subcortically, about the ventricles, in the basal ganglia and brain stem.

Some of the Portuguese-documented changes mirror those being observed around wind farms. While others give cause for alarm at what the outcome might be in the long term for people living near turbines.

Most of the workers observed by Castelo Branco and Alves-Pereira were working in these environments for eight hour days five days a week. And the authors noted that those with prolonged continuous exposures such as submarine workers and astronauts exhibited stronger and more rapid changes.

They define infrasound as that in the range of <20Hz and low frequency in the 50-100Hz range and note that different tissues respond differently to various frequencies.

The range of problems they found in the aircraft technicians included

The Question Of Noise

They make the observation that frequently when noise levels are quoted it is for a global frequency level. Actual measurements for particular frequency ranges are seldom done.

To see more detail on these findings check one of their good summary papers from 2004 in Noise Health through this link.

One cannot necessarily extrapolate all the Portuguese results to wind turbine health effects but exposure for people living in these areas will typically be for more than eight hour days and five day weeks.

To consider more specifically effects on people's wind turbines health check our continued page on this.