Aneutronic fusion implies fusion without the production of neutrons.

For the greenest way to elicit nuclear power fusion aneutronically has it all. Supplying all the benefits of nuclear fusion without generating killer neutrons.

And if there are no neutrons produced, then the shielding usually required for this is reduced. As well as the added costs associated with this.

Other energy can be generated as in the form of x-rays. And these will require some shielding. But less than that for neutrons. And x-rays can be used for other purposes.

In fact there are patented applications for fusion without neutrons to be used in scanning roads, bridges and other structures to speedily detect structural faults before they become life-threatening.

Aneutronic types of fusion require certain atoms to collide which do not result in lone neutrons being shed.

There are aneutronic fusion reactions which produce protons instead of neutrons. Being positively charged, protons can be controlled or confined within the associated magnetic fields.

The Most Likely Used Reaction 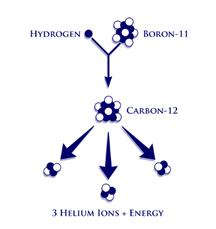 The commonest that has been explored is from a single proton colliding with a boron molecule. The resultant fusion of the hydrogen proton to the boron nucleus results is three helium nuclei (or alpha particles) being produced - a type of resultant fission.

But these reactions are aiming at a smaller central target, with therefore less likelihood of interaction at the same temperatures and energies as the boron and proton one.

Labelled as dense plasma fusion - or dpf - this boron and proton fusion aneutronically shows great promise. Although it requires higher temperatures than the standard proposed deuterium and tritium combinations, there are some ways this can be achieved relatively simply. 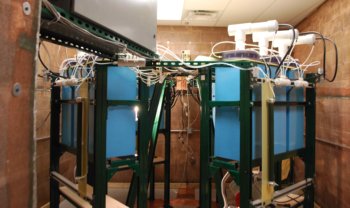 For many years workers with plasma have talked of the pinch effect, where the activated plasma contracts in on itself with its own electromagnetic field. This encourages greater compression and increased temperatures.

The reaction occurs in a very confined space. And one of the problems of plasmas - instability - can be utilised as a benefit - for fusion.

Pinch effect results have been recorded at a number of centres. What is needed is an efficient pinch where the generated power is higher than the power required to achieve the effect.

Once this is achieved it is just a matter of scaling and repeating the pulses of further pinches fast enough to generate a good supply of energy.

And then this energy must be harvested in an effective way.

One proposed is to utilize the positive and negative charged particles shot out either side of this reaction to pass through a magnetic coil decelerating the particles which will induce the production of a current. This generates direct electricity.

By eliminating both heavy shielding requirements and turbines required in a heating-type of generation, the reactor costs drop significantly and hence the cost of generating power. 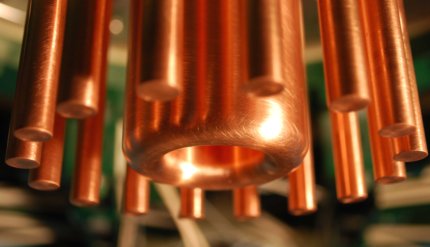 In fact one dpf project anticipates the unit costs of its generators will be half a million dollars initially, dropping to $300,000 once scale production begins. This means very affordable units for all the world, not just the wealthiest countries.

And the generated x-rays are proposed to be utilized as part of the energy production in aneutronic fusion to make it even more efficient.

Since the time of pistons and the internal combustion engine a pulsed method of generating energy has been driving the world. This is a very logical extension. Again the costs for such a design are reduced through not having to contain a plasma continuously.

By bombarding a metal target with a powerful short wavelength laser protons are released to interact with a boron target. Alpha particles (helium nuclei) are generated in reverse to negatively charged electrons, supplying huge propulsive force with minimal fuel. More details can be checked in a report in this other site.