Artificial photosynthesis offers to take us back to the way we have always enjoyed our energy. With the huge abundance of solar power reaching the earth each day, why not utilize this to provide for our major energy requirements?

Artificial photosynthesis seeks to replicate the long observed natural process whereby plant species harness sunlight energy. In their process carbon dioxide is removed from the air and incorporated into carbohydrates as food for plant metabolism. 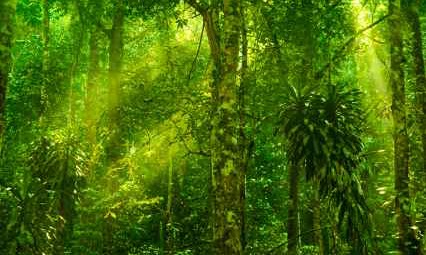 This involves splitting the water molecule to form hydrogen nuclei and oxygen. The oxygen is released into the air, renewing the environment for that part of nature that relies on oxygen for its metabolism.

The hydrogen nuclei are combined with the carbon dioxide to produce the carbohydrates, releasing more oxygen.

Over the last thirty years research in Japan, the USA and the EU has been seeking to replicate photosynthesis in the laboratory. A number of strands are being pursued.

Artificial photosynthesis to remove carbon dioxide from the air is not yet able to replicate the ability of plants. The very low concentration of carbon dioxide by volume that exists in air (at 0.039%) makes the artificial process much too slow.

Use To Sequester Waste Carbon Dioxide

A number of processes in manufacturing fuels from algal growth are being explored already. The artificial part in this process is more in the containment systems. The rest is all natural.

Creating hydrogen from algae incorporates the artificial component of deliberately selecting or creating mutations that interrupt the cycle which would naturally seek to re-incorporate the hydrogen into other biologically useful molecules.

What has been hitting the headlines more in recent years is the effort to create a truly manufactured process whereby light energizes a process of splitting a water molecule into its components producing hydrogen. 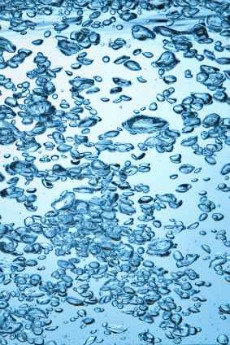 Such a process offers a number of options from direct hydrogen for fuel, hydrogen for replenishing fuel cells, and hydrogen to incorporate into synthetic fuels. All elements that could contribute to the hydrogen economy. In a way that replicates nature, offering renewable effective clean energy.

Traditional electrolysis consumes more energy than the separated elements will be able to produce for our uses. If we could utilize the energy from sunlight in an energy-efficient way to split water in the same way, we could have a huge useful energy supply.

In Colorado Professor John Turner, a research fellow of the National Renewable Energy Laboratory, developed a catalyst that achieved hydrogen and oxygen production with light activation. The life of the catalyst was too brief for it to be a contender for viable energy production.

A collaboration of universities between Sweden and China has been working on a similar project. They have recently announced a positive artificial photosynthesis process which attained a water-splitting rate similar to that achieved by nature.

Licheng Sun, a Professor of organic chemistry, and Professor Lars Kloo at KTH (the Royal Institute of technology) in Stockholm, Sweden have been working with Uppsala University and with DUT (Dalian University of Technology) in China to achieve this.

The rate of action is significant.

At the moment the researchers feel they could deliver a commercially viable version in around ten years.

Toward A Cheaper Catalyst

Many of the catalysts used to date have been arranged around complex molecules with relatively rare and expensive components. To be viable as a cost effective energy solution an artificial photosynthesis catalyst would ideally need to be composed of relatively cheap elements.

To meet this Daniel Nocera of MIT developed a unit composed of silicon, nickel and cobalt. When a playing card sized component is placed in water in the presence of sunlight it produces hydrogen on one side and oxygen on the other.

It has managed to continue producing its artificial photosynthesis effect over 45 hours. At present the unit achieves 2.5% efficiency from the incident light - better than nature's leaves, but less than current photovoltaic cells.

A number of ideas that will be interesting to the world are arising from this researcher and his team.

There is that of utilizing a source that has powered the earth for millions of years.

Then there is the challenge to the mindset we have had for the last century or so of needing a vast network of transmission lines. Large power generating stations require the energy to be distributed in some way. By having smaller, house-sized power units this may change forever.

Many of the world's people are not hugely wealthy. Cheaper energy supplies are essential to benefit all.

With this in mind, Daniel Nocera is not only seeking to build his units with abundant and cheap elements but also he is working with funding from the Indian conglomerate Tata. Working in the populous, vastly disparate-in-wealth nation they have a more world-sensitive perspective.

With further development, utilizing cheap components replicating nature, artificial photosynthesis could provide a significant segment in the puzzle of providing our alternative energy for the future. As well as a major change in mindset and something more in line with Gaia.