Clean coal technologies ideas are looking to use a relatively polluting fossil fuel in a less polluting way. Controversial for a number of reasons, including the belief the term is an oxymoron, there is still huge impetus to explore them.

Huge coal reserves still exist in many parts of the world. We also seem to have difficulty in seeing beyond fossil-related fuels for our transportation needs. 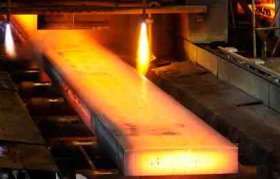 The concerns in the 1970s and 1980s relating to acid rain drove initial improvements in coal utilization. Capturing and treating emissions (especially products of sulphur and nitrogen) from plants burning coal in various forms did improve surrounding air quality.

More recent ideas to also pressurise the carbon dioxide waste to liquify it are now being explored. In spite of the general consensus that storing or sequestering carbon in large, tested ways might be ten years off, companies are storing carbon dioxide for this process. And the two newly emerging hydrogen generating plants in Abu Dhabi and California are designed around using this idea.

Other clean coal technologies options are emerging as well.

By burning coal at higher temperatures and pressures more efficicient energy production can be achieved. The process of pulverising lower quality coals and burning them in supercritical plants is quite widely employed.

By increasing the temperatures and also the pressures a little ultra-supercritical processes can achieve over ten percent extra eficiencies to drive turbines with high temperature steam. Newer metal alloys were required to withstand the higher temperatures required. A new plant is in development in Arkansas utilising this method. 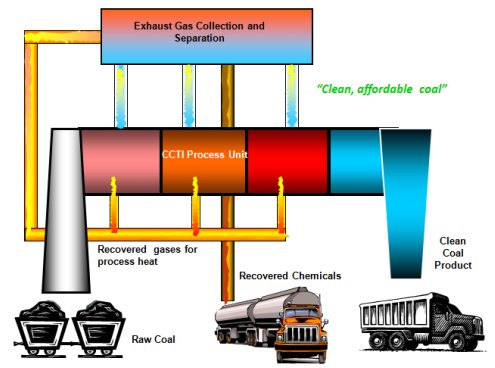 An alternative to this idea is that by Clean Coal Technologies Inc (CCTI) in the USA. Their patented PristineTM process involves treating lower grade coal through a continuous process of heating and pressure in an inert atmosphere paralleling how higher grade coals have been produced in the earth.

A large percentage of water and volatile gases are reduced from the input coal producing a low moisture and volatiles coal that will produce a higher heat output per unit mass than the original. The output is also lighter to transport with the reduction of these unwanted components.

The released volatile gases are used to heat the process. Any excess can be used in heat-assisted energy co-generation.

The heavier volatiles also seal the coal product which remains intact as pieces rather than being pulverised as in the critical processes. The heavier oils can be further processed.

The company is looking to build a prototype plant in Tennessee or Texas with an eye on overseas markets in China, Indonesia, South Africa, Mongolia & South America. 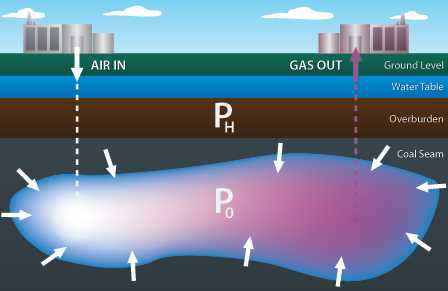 An alternative coal ultilisation process involves heating coal at around twice that used in supercritical processes in the more difficult to reach seams where they occur underground. Ideally seams greater than 2 metres in depth are sought but thinner seams can also be used.

The process of gasification to produce Syngas or synthetic gas has been known and used for many years. But underground coal gasification (UCG) is new.

Syngas is a combination of hydrogen, methane, carbon monoxide and carbon dioxide produced by exposing the coal to steam and oxgygen usually as air. By exhausting it from the treated seam it can be used to run electricity plants and produce a number of products through usual petroleum distallation methods.

In Queensland Australia, three companies have been engaged in trial processes to gauge feasibility. Public protests shut down one company, Cougar. The other two are finding the political climate hot to work under. All three are keeping options open to work with the same process in other countries from Mongolia to India and the USA.

In New Zealand a pilot project was being undertaken in the Waikato through Solid Energy New Zealand related to its Huntly fields. The trial was being conducted on private land. There had been a previous trial with the technology in New Zealand in the 1990s.

However the process has been part of an economic strain on the government owned company.  In serious financial difficulties, in part also caused by a downturn in coal demand, the company is struggling to develop a rescue strategy. 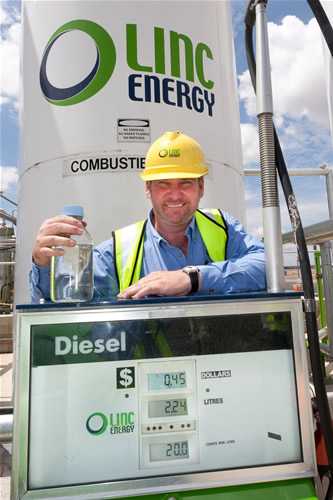 Linc Energy, another of the three companies involved in clean coal technologies has produced a diesel product from the distillation process that they claim is cleaner than regular diesel at around twenty cents a litre. In a publicity stunt they drove car powered by it down the east coast and then across Australia.

Queensland is home to another version of clean coal technologies - that of drilling for coal seam natural gas.

The largest deposit in all of Australia with the capacity to produce a gas that is 95-97% methane for over 130 years has been identified in Queensland. A huge project is underway to develop this, piping the product to the coast for liquifying at -161oC as liquified natural gas - LNG occupying a six hundredth of the volume of the gas - for local and export uses.

Coal seams have water and gas collections associated with them as has been graphically illustrated around the world recently from the Pike River tragedy in the West Coast to New Zealand to the more recent one in Wales. 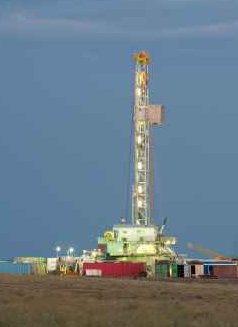 To release the gas a process known as "fraccing" or "fracking" is employed. A steel encased, concrete reinforced well is sunk and water, sand and some additives such as potassium chloride are injected down to cause cracks in the coal seams. This allows more gas to gather in a space. The sand keeps the cracks open.

LNG produces the cleanest combustion of all the various methods described above and is favoured for driving electricity production and home use.

Clean coal technologies continue being explored. Combustion of all the forms produces carbon emissions which still remain a long term concern for the earth.