Definition Of Gaia
Balance In Response To Challenges

The definition of gaia (and especially in relationship to alternative energy) incorporates that complex interelationship within the earth that keeps it and life on it in balance.

Coming from the initial observations of James Lovelock and Lynn Margulis, which is covered further in the hypothesis and theory information, the idea has steadily gained credence. It makes sense of the world. Both what we can see about us day by day and also over centuries, millennia and beyond. 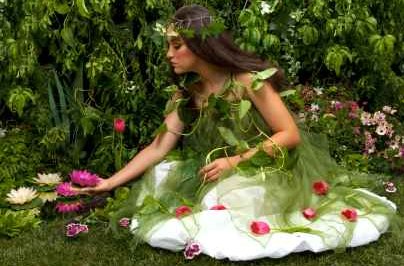 Arising from the name of the Greek goddess as mother earth it suggests that living and caring quality of nurture and development. There is a sense of purpose in it. Like that of a living organism that seeks to grow, expand and make the most of its environment.

Like any living organism, or even a single cell, which some have suggested is a more accurate analogy, there are different elements or organelles. Each part contributes to the life of the whole. Any problem arising in one part will be compensated for by other parts that will seek to bring about full and normal function. Or to bring the cell environment back to ideal conditions for life.

Within the definition of gaia flow all the complexities that you would find in any organism. This includes all the multitude of questions that spring to mind, like what is this particular part for?

As more investigation has been undertaken to examine the idea of gaia various opinions have emerged. Like postulations that have been made about elements of the human body at times. Parts and particular chemical structures have been felt to be unnecessary or redundant.

In gaia ideas there have been those who have felt that the huge diversity present in the world was not necessary for its homeostasis - that maybe only a few sentinel species were important. Modelling has shown this not to be the case. The more diversity there is the more stable the earth's system becomes.

Likewise the initial idea was that maybe it was only the living organisms that were important in the process. Over time though the inanimate elements like rocks and water have proven to be essential parts of the balanced cooperative organism.

These experiences and findings are mirrored in the concepts of permaculture which are gradually being understood and embraced more widely.  Like the understanding of the interaction of soil micro-organisms like bacteria in vegetable crops and fungi in tree systems to facilitate the uptake of essential nutrients.

The Definition of Gaia In Balance

A definition of gaia includes this all-encompassing order and connection that causes the earth to maintain a narrow balance over millennia.

In considering the relationship of alternative energy with this balance unique inputs from various natural elements are relevant.

Like the contribution of algae responding to increased carbon dioxide levels in the atmosphere. These increase in numbers, fixing - or binding - and removing CO2 from the atmosphere.

At the same time they induce more cloud cover. This reduces air temperature that would otherwise increase with the increased CO2 levels.

In New Zealand seawater, as with other areas of the world, algal blooms have been a prominent news item in recent years. 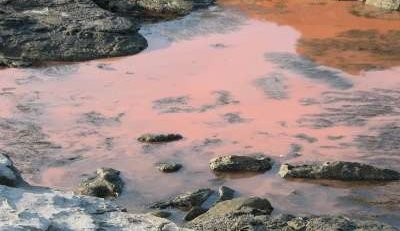 Also in spite of the sun's heat reaching the earth having increased up to 30% over the time life has been present on the earth, the earth's surface temperature has stayed within a narrow range that allows life to function optimally. The definition of gaia includes this life-sustaining element.

Even the levels of oxygen have remained within a narrow band over aeons. This in spite of oxygen's chemical tendency to interact strongly with so many elements. This stability has allowed us to continue to breathe, metabolise and grow.

Changes like energy generation we want to implement to enhance our lives need be in sympathy with this balance and seek to embrace, utilize and enhance it.

Even the simple example of growing crops for biofuels where a single strain is grown over a wide area violates the known protective benefits of diversity.

Similarly our planning for renewable alternative energy should understand this phenomenon to ensure we utilise co-operating elements of it and take care not to create unnecessary imbalances with our installations.

Within the definition of gaia is the understanding that historically overloading imbalances have resulted in sudden climate changes over a decade or so. Over longer time periods these swings restore the balance.

If we tip the scales too much or too rapidly the capacity of this living organism of the earth to produce sudden changes may not prove compatible with our human life.  We could be found wanting and be eliminated!