Ethanol and biodiesel plant news is constantly changing with business, political and world economic changes in process. Many countries, not just the United States, are seeking energy security. Various mandates have been put in place to increase the use of ethanol and biodiesel in fuels.

In the current US presidential primaries it has been interesting that none of the candidates could be drawn to back re-introduction of withdrawn ethanol production subsidies. Even considering the primaries begin in the large agriculturally-based ethanol producing states. The times are a-changing.

In ethanol and biodiesel plant news to cope with increased requirements new production plants need to to be commissioned. There are a large number in development.

Even so sudden reversals can occur. Public perception can change the impetus towards these types of fuel sources. 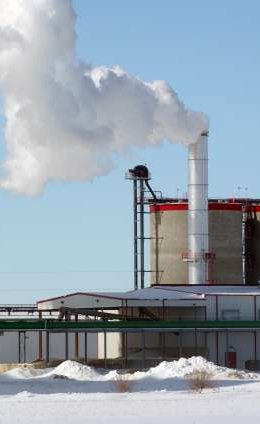 Within South America, with Brazil the world's largest producer and user of ethanol in fuel, the understanding of the general population in a number of nearby countries of the use of ethanol in fuel is quite low.

Brazil and the USA account for 65% of the world's ethanol production. The significant ethanol and biodiesel plant news of late has been in regard to US tarrifs to protect its market from Brazil's ethanol which is produced at a third of the cost of US ethanol.

Europe, which has incorporated ethanol in fuel for some time, accounts for only 13% of the world's production, with the largest proportion of E85 (ethanol 85% to 15% gasoline blend) filling stations being in Sweden.

In Australia where there is some skepticism about the need to adopt ethanol, especially as it is a net exporter of LNG, there has been talk of looking to European cars to lead a change in engine design for E85 fuel.

Analysis by researchers in Australia tends to harp back to findings as announced in New Scientist stating the supposed carbon reduction of both ethanol and biodiesels is an illusion.

It quotes figures for both production of fertiliser to grow the crops and the changes induced by cutting down rainforests. In the latter illustration they mention it taking 400 years to pay back the carbon debt of cutting down the peat rainforests in Indonesia to grow oil palms.

When looking at ethanol and biodiesel plant news it is interesting to see the base of the various plants used. This tends to vary from country to country which makes some sense considering the different climatic regions.

In ethanol and biodiesel plant news it has been noted that Brazil has a near unique position to employ sugarcane for its ethanol production. Some plants in other countries do use this as in Australia. Other Australian plants use grains from wheat, barley and rice.

In ethanol and biodiesel plant news the European origin is more likely to be from sugarbeet.

In the USA corn is the mainstay. The world's largest ethanol producer in the USA, POET with many ethanol-producing plants, uses corn for its base. As by-products there are its feedstock, Dakota Gold, and an oil that can be added to feedstock to fortify it and to produce a biodegradable plastic-like film used in many applications.

In ethanol and biodiesel plant news Greenfield Ethanol Inc, Canada's equivalent to POET in the USA, being Canada's largest ethanol producer over a similar time frame, has been using corn as its base. It also produces a similar high-grade feedstock as a byproduct.

In recent times it has partnered with Enerkem to produce cellulosic ethanol. The main base they are looking at for this is municipal waste. Even newspapers can be processed.

Enerkem itself has been processing cellulose materials for years. In Quebec it is using recycled telephone poles. It is beginning a large development in Edmonton, which is its research base, partnering with the city to produce ethanol from sorted solid municipal waste.

Using a gassification process at relatively low heat it can produce methanol which can subsequently be treated to produce ethanol. The appeal of converting household rubbish this way is high. Especially compared to incinerating or burying it.

The moderate amount of ethanol produced in New Zealand comes mainly from its huge dairy company - Fonterra. Three plants at Edgecumbe, Reporoa & Tirau are involved. The latter two have smaller outputs producing mainly for the beverage, chemical and pharmaceutical industries. Edgecumbe produces over 5 million litres a year - in contrast to Canada'a Greenfield at 600 million litres.

These New Zealand plants have a unique base creating alcohol from processing whey.

There is more variation in ethanol and biodiesel plant news in biodiesel production.

New Zealand's small industry has a significant contributor from Solid Energy whose base business is coal. Its Rolleston biodiesel plant produces biodiesel from used cooking oil and canola - grown in nearby grain-producing fields in rotation every third or fourth year of the main crop. The biodiesel is supplied to major industry users and is available as a blend at pumps in Christchurch and Queenstown.

Ecodiesel, another New Zealand company, uses tallow as the base.

Australia's production is rather light at present and is created also mainly from tallow from its livestock industry. Also employed is mustard seed and certain trees.

It is used in blended diesel to lower carbon footprints e.g. in mining operations. Politically mandated increasing biodiesel to mineral diesel proportions had to be reduced in December 2011 as production requirements within the country could not be met.

A couple of huge new biodiesel plants are in construction. One, in Darwin, will use palm oil as its base. The even larger one in Port Kembla in New South Wales will use soy beans. 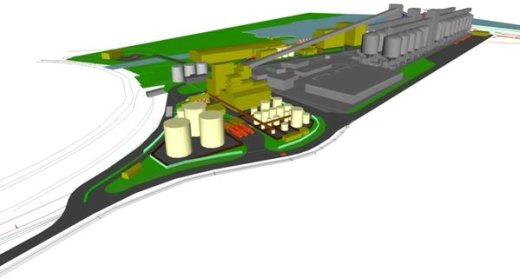 In Queensland OriginOil from US is partnering in algal oil extraction (as it is with an Italian company, Desmet Ballestra). Origin Oil has a patent-pending process to extract the oil. The already patented and in-supply process of Solazyme as covered before with its high-body-content proprietary algae would seem to have a rather huge lead on this.

This type of technology is in dramatic contrast to the main base for biodiesel production in the USA the soy bean.

In ethanol and biodiesel plant news the largest biodiesel producing company in the USA, REGI (Renewable Energy Group Incorporated) at its recent IPO raised a rather less than expected $72 million. This could well be down to current economic conditions in the USA. But there are cautions about biodiesel production costs noted by some commentators. Being an agricultural crop it is subject to weather and other variations. As a commodity its price can vary hugely. Then again recent fluctuations in oil prices give the lie to this being such a huge concern.

In Europe, the base for much biodiesel production is rapeseed which includes the variant canola (initial bred in Canada - hence its name for Canada Oil). Germany and France are largest volume producers with Italy, Netherlands and Spain rising lately. For those interested there is a very helpful list of biodiesel producers in Europe.

In South America Argentina has surpassed the USA to become the world's largest biodiesel exporter, beating production in Brazil, the world's fifth largest producer. These countries are tending to use the soy bean.

These choices for biodiesel production are interesting in ethanol and biodiesel plant news due to the relative output per unit of land to grow them.

Compared with the soy bean, rapeseed (the European choice) can produce over 250% more per hectare or acre. This is similar to the yield from olives. Avocado oil production is 220% greater than that of olives with oil palms 500%. But this pales in comparison with pond-grown algae with an 8,000% better production! And for algae with a higher body-oil content and grown in vertical tanks, the yield would be many times more.

In view of this, it rather begs the question as to why certain production methods continue to be employed. And in the light of research and questions raised by the New Scientist article maybe there needs to be an adjustment.

At present many biodiesels are blended with regular diesel. But changes in quality and production are challenging this to where it could fully replace petroleum-based diesel.

Further news items as they break will show in the ethanol and biodiesel plant news below.

Google has the huge reach to keep searching through items from all over.  To the latest news it has managed to unearth on ethanol in alternative energy, check here.

If you want to know something more related to biodiesel plants then be sure to follow this connection.

Bing has got its own news service contributing details for those who prefer its style and take.  Check out ethanol fuel related items right here.

Or for more of the latest information on what is happening with biodiesel plants then follow this avenue.