Helion Energy has attracted significant attention in its bid to develop nuclear fusion energy. It has a recognised pedigree. It aims to utilize techniques already well-explored.

At the same time its power generating units will be limited in size and therefore cost. They should be relatively easy to site. 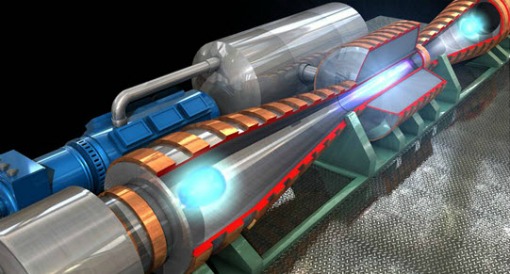 University of Washington professor John Slough  has been involved with a number of others in a longer established research firm, MSNW LLC.

Founded in 1990, MSNW has been well backed and funded by NASA, the US Department Of Energy and the US Air Force Office of Scientific Research. The company's research aimed to explore plasma-based propulsion systems and energy generation.

Its propulsion systems were exploring accelerating plasmas with field-reversed configurations, which produce continuous power over a long period with relatively low initial thrust. The continuous acceleration allows the attainment of open-ended speeds, approaching, if wanted, the speed of light. Building a thrust driver that can fit into a spaceship or smaller vehicle limits the size of the unit.

The reversed field configuration arose from a deeper understanding of plasma behaviour when results from the Z-pinch and the ZETA machine were further examined.

Built in England ZETA had been the largest plasma magnetically confined plasma toroid in the world for its time. Not enough useful results were felt to have been achieved due to instabilities that arose in the confinement process.

A period of relatively quiescent confinement had been observed after the initial pulse had broken down. With later study this was found to be the time of the so-called reversed field pinch, as the plasma currents reversed back on themselves.

A number of other developments arose from this.

The Helion proposal produces a reversed field pinch plasma at either end of a linear tube.

The pinched plasmas are accelerated from each end towards a central point. Here they are further compressed centrally on the tube's axis by a surrounding magnetic field.

Accleration and compression together produce collisions between the ions resulting, optimally, in fusion reactions.

The unit proposed to use the hydrogen isotopes of deuterium, with or without tritium. As a result neutrons, helium nuclei and heat would be produced. Initially the heat was to be used to boil water to drive turbines, like many standard heat-powered electricity generators.

Beginning in MSNW with $5 million, the researchers built a one third scale model. In 2008 successful firings produced results as predicted in modelling.

Helion Energy, located in Redmond, Washington, a little inland from Seattle, was formed to further develop the energy arm.

The next aim was to produce a full scale model. The budget for this was set at $15 to $20 million.

Helion Energy's president, Philip Wallace, travelled throughout the USA and Europe to raise the necessary capital.

Once this had been received the plan was to build a full sized model producing effective fusion energy output by the end of 2011 to 2012. 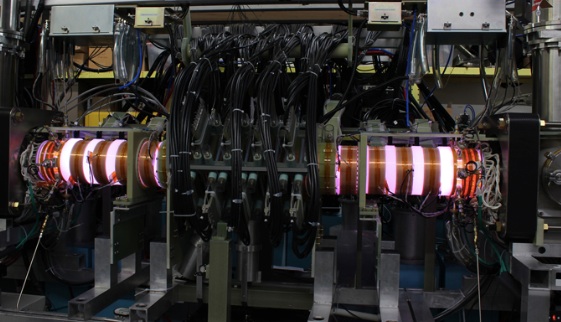 The above unit was the result.  The fourth prototype in the series, named the Grande, was built to achieve plasma energies of 5 keV (around 60 million degrees Kelvin).

This target was reached, with magnetic fields of 20 Tesla and reactor plasma lifetimes of over a millisecond.  Helium 3 has been produced to the extent it will supply part of the required fuel for the new project.

By using Helium 3 and deuterium much safer by-products should be the results.

Energy generation is now proposed to be via direct electricity generation from the charged ion beams produced.  As with other similar projects, this significantly lowers the price of electricity production - suggested to be likely in the range of 4 cents a kiloWatt hour!