The IAEA - International Atomic Energy Agency - has been in the news often in recent times related to North Korean nuclear weapons development and responses to the Japanese nuclear accident at Fukushima.

Who are they and what do they do?

Following World War II, the dropping of the atomic bombs on Hiroshima and Nagasaki , and with the subsequent Cold War nuclear race, US President Dwight D Eisenhower's addressed the United Nations General Assembly in 1953 about Atoms for Peace. He was eager to see nuclear energy and science used for the benefit of the world. 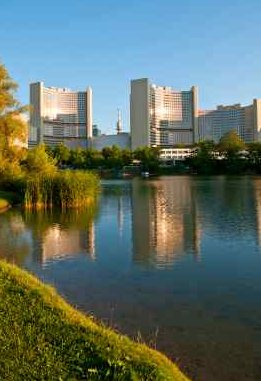 The USA promoted having a world body to control the use of materials for nuclear fission. The USSR was not keen on such close control.

By 1957, though, the IAEA was established as an international body with its headquarters in Europe - in Vienna, Austria. The first director general was from the USA. From 1961 onwards this position has been filled by non-US citizens. Until 1997 two Swedish people occupied the post, then one from Egypt. From the end of 2009 until now the director general has been from Japan.

In 2005 the Nobel Peace Prize was awarded jointly to the then director general and the organisation of the International Atomic Energy Agency.

151 countries are members. One, North Korea, which joined as a member in 1974, left in 1994 having been found non-compliant with its standards. Technical cooperation ceased. Cambodia also briefly withdrew in 2003 to return again in 2009.

Staff, known as the Secretariat, numbered at 2,300 from over 100 countries run the organisation.

Most of these are based in the Vienna headquarters.

Others are situated in the two regional offices in Toronto, Canada and Tokyo, Japan; two liason offices - in New York City and Geneva, Switzerland; and at two research laboratories - in Seibersdorf, Austria and Monaco.

Run on a budget of over 300 million Euro yearly, it is independent of but relates to the United Nations, mainly through the office of the Security Council.

It counts its activities as run through six major areas.

There is the overall management team for the organisation.

The nuclear sciences and application portion aims to aid countries in the use of nuclear materials and isotopes in agriculture, health, water resource management, marine and industrial applications. 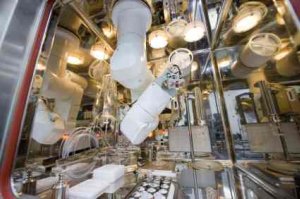 In 2004 it developed a program to encourage a greater use throughout the world of nuclear material as part of cancer treatments.

In New Zealand, with its strong anti-nuclear stance, radioisotopes have been used for many years in diagnostic and therapeutic applications without a feeling this breached the country's position.

The sector for nuclear energy promotes the knowledge and use of nuclear power for energy applications. It also aids countries in energy planning, although obviously it has a keen interest in nuclear fission as an energy source.

Another area is concerned with nuclear safety and security with the mandate for protecting people and populations from the harmful effects of radiation.

For many people the area the IAEA is mostly recognised for is that relating to nuclear safeguards. This sector acts as the world nuclear inspectorate to control nuclear weapons proliferation.

A more independent body like this is important to be acceptable widely in such a policing role.

Of interest in light of recent events was that three years before Fukushima the IAEA had been examining and reporting on the establishment of standards for nuclear facilities in earthquake-prone zones.

Since the escalating seriousness of the recent Japanese accident became obvious there have been criticisms of the agency's handling of the the crisis. But any similar major event will always attract a wide range of opinions.

And for limitations of the Japanese facility and why the problems occurred see the information on this site about it.

Certainly throughout the unfolding of the crisis the news area of the International Atomic Energy Agency was the best source of constantly updated information of what was known and proposed for dealing with the outcomes.

Relative independence for an organisation like the IAEA is important. Such a body will always have a vested interest in promoting the segment it has been designed to monitor and encourage.