Prometheus Links For Nuclear Fusion For Propulsion And Energy

Prometheus links to Prometheus II, Neoteric research and PLASMAK™s. It also connects with the mid 2012 release of the latest Ridley Scott film Prometheus, an expansion on his past involvement with the sci-fi, horror Alien. As well as with the original Greek myth of Prometheus bringing the Zeus's fire as a gift to men on earth - which brought him perpetual torment. There is also at least one other development out there relating to Prometheus.

Back with the original connection, though, it is through the research and development of Paul M Koloc we are presented with a fiery option for energy, propulsion power and even weaponry - both defensive and offensive. 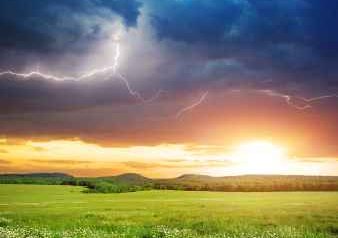 Having a background in developing lasers, Koloc became fascinated with work that was being done with spheromaks. With their spontaneously reorganising abilities requiring limited external confinement they mirrored the natural ways we see plasmas form in the universe - whether this be from solar flares to ball lightning (as I have looked at briefly before).

From 1973 he began working in a garage to see if he could improve the form of the spheromak to produce an even more stable plasma that would not require extra confinement. 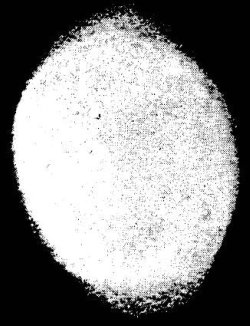 He had naturally occurring ball lightning as a physical example of the possibility in earth's atmosphere. How could he replicate that?

Starting from a helical injection device, or plasma gun, (as has been used to initiate spheromaks and the spherical tokamak from Princeton - the NSTX), he tweaked it.

Tweaking already existing technology has produced many breakthroughs in nuclear fusion science, including the New Jersey dense plasma focus device. This approach also uses the natural instabilities of plasma and the influences of the self-induced magnetic fields to achieve its fusion effects.

Patent images of the PLASMAK™ Plasma Gun showing wiring (#118) to the pins (#112) for the helical current creation.

Helical injection creates a spontaneously confining current which has been employed with benefits in the stellarator model. As the plasma heats rapidly it becomes increasingly conductive. The currents move more rapidly within the plasma, creating the associated magnetic fields which cause the plasma particles of positively charged ion nuclei and their separated negatively charged electrons to arrange themselves within the plasma field.

A twisting, kinking behaviour occurs which can break plasma streams up as in this video illustration of a recent project at Caltech.

In Paul M Koloc's case though, as with a spheromak, this kinking and twisting rolls back on itself creating helical coils which organise into a doughnut-shaped torus of plasma that is self-sustaining to form the PLASMAK™, which can last up to ten thousand times longer than the spheromak's form before breaking up.

Once the initial results had been observed Koloc stopped further work in his garage to build a purpose-built facility with appropriate shielding for these high-powered plasma balls. If fusion reactions were going to follow nuclear products would result. Even the immense power and heat of the mobile plasma units needed to be controlled or contained within a predictable environment. 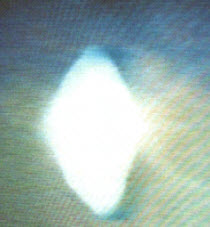 By the late 1980s he had managed to produce long-lasting stable balls along with multitudes of photographs of these fast-moving units. His patent applications began from 1990.

Prometheus II Ltd, established in 1976, was incorporated in 1979 to develop and promote the technology.

What is at its core? 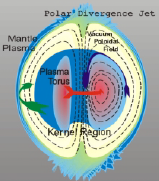 The basis of the point of difference and the patents surrounding them is the PLASMAK™ unit. This self-sustaining, freely mobile in air, plasma ball has some unique properties.

I have already mentioned its relatively long life. This arises from its well-demarcated structure. As the plasma currents occur inside the plasma ball, they tend to arrange themselves in distinct layers in an onion-like way. Currents at different levels move at different speeds. There are currents moving horizontally around an upright core and also vertically in other pathways. By creating their own associated magnetic fields the ball becomes intensely organised.

Due to the various charged elements of the plasma and the various currents, even at sea level air pressure and under pressures higher than this, there is a layer near the outer surface that is an effective vaccuum. This can maintain temperature and particle isolation to lend extra stability to the form without requiring externally applied magnetic fields. 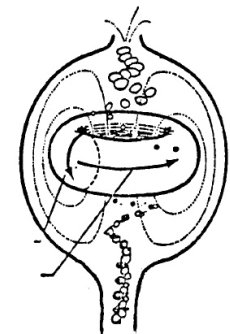 Due to the ability to retain its form even under increased pressure, the properties required for effective nuclear fusion are possible. Even to the point of achieving fusion with heavier elements like hydrogen proton nuclei and boron nuclei to produce aneutronic fusion.

This high energy fusion idea, as its name suggests, tends to not produce neutrons which many other fusion reactions do.

Although neutron-producing nuclear fusion reactions are easier to produce with much lower temperature requirements, the neutron by-product is a problem.

Being a neutral particle it cannot be confined by protective magnetic fields. It shoots off to collide with other nuclear particles, creating further reactions. High energy neutrons are not great for living tissues.

To be safe they need to be shielded from people and other living things. With aneutronic fusion producing nearly all alpha particles (helium nuclei), which do not significantly penetrate tissue, nearby organic life is comparatively very safe.

Using a helical injection device sequential plasma balls should be able to be produced at around 60Hz - 60 times a second!

With their self-contained structures PLASMAK™s can be produced in various sizes. From this scalability comes the multitude of proposed applications from propulsion power for cars and spacecraft, to weapons, to research, to large alternative energy generating units.

Arising from this variety of applications the various other Prometheus links emerge.

In alternative energy production both the lack of need for very expensive and expansive designs to contain plasmas and the scalability of the design lends itself to cost-effective and easily sited power stations. The benefits and plentiful supply of substrates for aneutronic fusion have been noted before.

Another of the Prometheus links is the Phaser Corporation. PHASER, standing for Phased Hyper-Accleration for Shock, EMP and Radiation, gives a good clue as to its purposes. The Prometheus links Phaser Corporation will handle exclusive licenses for developing high powered impulse devices useful for spacecraft propulsion (for organisations like NASA) and the military and law enforcement agencies.

In the laboratory the created plasmoids can move at speeds of up to 50 kilometres a second. Even at that speed they would be powerful. Paul M Koloc feels that 200 kilometres a second should be achievable. With their strong electrical currents and magnetic fields they can produce powerful electomagnetic pulses (EMP) for scrambling communication and guidance devices.

Neoteric Research Inc, the last of the major divisions of the Prometheus links, is the education and research arm. Formed in 1995 as a non-profit body with US tax exempt status, it has the ability to offer restrictive licenses for PLASMAK™ technology for scientific, educational and charitable purposes.

It is envisaged as a means for improving our understanding of complex plasma phenomena like ball lightning, sunspots, magnetic stars and other effects like jets, halos, coronas and hyper-dense plasma states.

The network of Prometheus links associated with PLASMAK™ technology offers many opportunities for the world to benefit from its unique approach.