Ocean energy could be derived in a number of ways - from heat differences, salinity variations and movements in the mass of water that forms the seas. 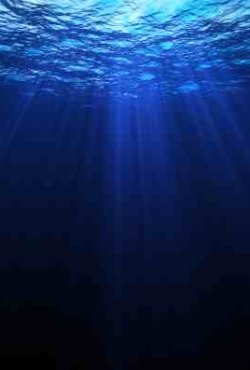 Surface to deep heat differences can be used to drive turbines in closed, open or hybrid systems of heat exchangers.

Ocean energy generation from this is most efficient in tropical areas where there is a wider temperature differential (20-25 degrees C). Theoretically in polar regions the differences between seawater and air temperatures could be employed.

Closed systems use ammonia or some similar, low boiling point refrigerant liquid vapourised by the warm seawater to drive a turbine and then cooled by cold water drawn from the depths.

Open cycle ones use relative vacuum methods to boil warm seawater, driving the turbines, cooled by the cold seawater, as a side effect creating desalinated water.

A hybrid system can use the steam from the seawater to vapourise the ammonia or other refrigerant to drive the turbine.

The first plant for this was established in Cuba in 1930, with later ones in Nauru (built by the Japanese) and one in Kona, Hawaii generating 250kW.

Plants have been proposed for Hawaii for a 10MW closed cycle sytem to be operational by 2012 to 2013, expandable to a commercial 100MW in the future, a 13MW one for Diego Garcia and a 10MW one for Guam. These could generate useful quantities of desalinated water as well.

Other benefits from ocean thermal energy conversions are nutrient-rich deep cold seawater for aquaculture and in airconditioning as is used at the InterContinental Resort and Thalasso-Spa on the island of Bora Bora. 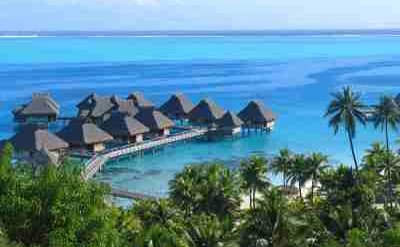 Variations that occur in salinity from evaporation from warm waters to regions where rivers and melting ice contribute to the changes could be tapped from their flows and concentration differences.

Proposals for tapping this ocean energy are by the means of osmotic membranes which allow water to cross and create a head of water pressure which could drive turbines.

Water movements occur with a major ocean current. They also occur with wave movements and tide changes, which we have discussed in other parts of this site.

The main contributer to many of the strong surface ocean currents that exist around the world is wind blowing on the face of the ocean.

Nearer the equator the trade winds blow east to west, while in the more temperate latitudes the prevailing wind flows west to east.

These winds have been measured to cause a 60cm (2 foot) difference in water levels between the coasts at either continental edge.

Water flow occurs in line with the wind direction and affected by the variation in water levels.

The Gulf Stream continues into northern Europe due to the effect of the thermohaline circulation which controls the deeper ocean currents driven by temperature and gravity. These are generally slower than the surface currents.

The warm water of the Gulf Stream, as it continues up the eastern US coast and across the Northern Atlantic, leads to faster evaporation and an increased salinity which helps drive the thermohaline circulation.

There is a proposal to harvest ocean energy Gulf Stream flows off the coast of Florida. Aquantis, LLC has filed a patent published in July 22, 2010 for placing a field of turbines at 300 metres (980 feet) depth with dual rotors and water-tight turbines tethered to the ocean floor and adjustable in depth by winches.

A 2006 US report suggested that harvesting just a thousandth of the Gulf Stream flow off Florida's coast would generate thirty-five percent of the state's energy needs.

Another company's approach to utilizing ocean currents is that of the Minesto Deep Green project off the coast of Japan.  Its plan is to supply renewable energy for the burgeoning requirements of South Korea.

These surface streams exist off the coasts of all the world's continents.

Even more powerful than the Gulf Stream is the Antarctic circumpolar current which has a flow around 135 Sverdrups. A Sverdrup is a million cubic metres volume a second and one Sverdrup is equivalent to the flow of all the world's rivers put together. With some addition from the Indian Ocean by Tasmania the flow increases to 147 Sverdrups, the largest volume flow on the planet!

These surface flow rates are around 4 kilometres per hour. So they are not fast. But due to the great density of water compared to wind (over 800 times) the energy delivery to the turbines is huge.