A fusion reactor design will depend on the proposed method of producing the fusion.  Energy generation results will affect the way electricity is produced.

For many proposed reactor designs the energy produced results in heating. And this can be harvested to heat say water into steam to drive turbines - the same way nuclear power stations end up producing their electricity.

There are other means out there. Some reactors are proposed that use the charged particles produced to directly produce power. This would be more efficient from a percentage end-use production point of view. And cheaper in not having to have separate units for the turbines.

The way the fusion is produced also determines the style of the reactor.

Such as, with inertial fusion, driving a number of high energy beams into a seed pellet. This is the type of way the hydrogen bomb was designed. For a reactor the driving beams can be lasers, particle accelerators or something similar. The seed pellet is replaced after each shot.

Other methods, like magnetic confinement, aim to contain plasma while it is heated. Ideally these designs aim for long term containment. With the huge temperatures involved regular materials are unable to house the plasma. As plasma is charged it is possible to contain it within the reactor in some sort of electrical or magnetic field.

The problem with plasma is it is such a free-form and active material. It can readily distort and collapse allowing the built-up energy and temperature to collapse.

This instability is both good and bad news.

The good news, as with fusion generally, is that once control is lost the temperature drops and fusion will not occur. This makes fusion production so safe. There is not the same concern about a melt-down as with nuclear fission reactors.

The bad news is that it takes a complicated design to hold the plasma in place. And this adds to the cost of a reactor.

Other proposals as outlined in the research section utilize this very instability as a basis for fusion reactor design and power production.

Confinement in an electric and magnetic field was the basis of the torus design. This was the idea developed in the Western world. Temperature generation was limited in this design. Sustained fusion looked difficult to achieve.

The tokamak was developed in Russia. This proved better at plasma confinement. And research shared between scientists from the West and the USSR led to the adoption of the tokamak for future experimentation.

The ITER Approach To A Fusion Reactor

The tokamak is the basis of the huge ITER - the international thermonuclear experimental reactor - located in France. Many countries are contributing to the development of this project. The huge area of ground for it has been developed. And the next stage of assembling it is due to begin.

ITER is a very costly development. Scientifically it should produce controlled fusion power. But it will take years to do so. And then any actual future reactors based on this design will also be very expensive and years into the future.  You can follow its progress as it unfolds here.

The design includes a shielding with liquid lithium. This acts to absorb the neutrons produced. It also aids in the production of tritium from the interaction of the neutrons being absorbed. And this tritium can then be further used in the reactor. 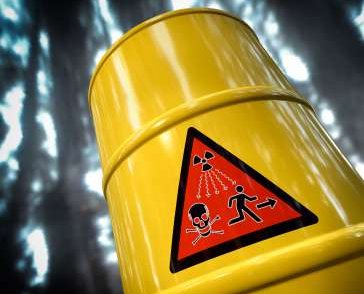 Absorbing neutrons creates radioactive by-products. Tritium itself is radioactive. The half lives of these by-products though is much shorter than those of current fission reactors. But there still is an impact on reconditioning and repair of such a fusion reactor.