Fusion research has been undergoing a renaissance in recent years. In many ways it needs to. Or at least we and the planet need it to.

From the time of the World War II Manhattan project the idea of utilising fusion has been so tantalising. 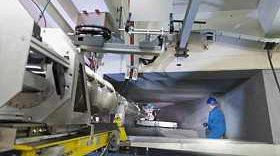 To produce a bomb seems to have been less problematical than the production of energy. Yet thoughts that it should be relatively easy to produce alternative energy this way have proven incorrect.

In the early 1950s it seemed that we were almost there with patents (the first in 1946) and fusion research experiments showing promise - some with claims of success that later proved empty.

A number of the researchers in energy have been involved in plasma physics from an astrophysics background. In many ways this is understandable - what better way to get a grasp of how we might achieve our ends than by seeing how the universe around us does it?

One early example is Lyman Spitzer Jr at Princeton whose thoughts and observations led to the beginning of the ongoing fusion research programme there.

A contrasting approach was that from one of the two main producers of nuclear weapons in the USA. Lawrence Livermore National Laboratory has been more concerned with an inertial confinement system, more like fusion weapon design.

Their National Ignition Campaign aims to focus 192 laser beams into a gold hohlraum where a seed of tritium and deuterium fuel is contained.

It is also backed by the other US weapons producer, Los Alamos, as well as Sandia National Laboratories, the Laboratory for Laser Energetics at University of Rochester, and General Atomics. Experiments are planned to begin in 2010.

A similar idea is driving the multinational HiPER project geared to use the French PETAL high energy laser. Science and business feasibility studies are scheduled for 2011. 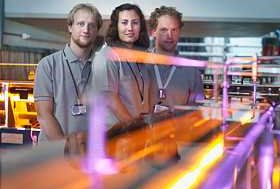 From a different perspective on the same line General Fusion, a Canadian company in Burnaby, British Columbia, backed by venture capital and the Canadian Government, aims to create compression of deuterium and tritium through pneumatic means.

The container will be a spherical tank of lead and lithium spun to induce a hollow centre the fuel can be fed into. The lithium wall will produce more tritium from the neutrons produced in the reaction. It is felt this compression could be repeated once a second.

Fusor designs have been based on inertial confinement but electrostatically managed. Fusors have a limit in production size making effective energy production unlikely. But they are useful for producing neutrons.

Pinch effects are most of the other systems out there including those with the biggest economic backing like that driving the current construction of ITER. 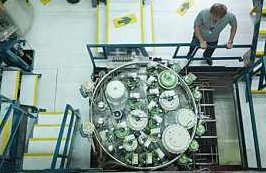 The UK-based JET - Joint European Torus - at the Culham Science Centre, Oxfordshire has the largest current magnetic confinement unit, based on the tokomak design.

Begun in 1978, completed in 1982 and the first experiments beginning in 1983, in 1997 it produced a world record in peak fusion power of 16MW, which was 70% of the applied power not including the required confinement power. 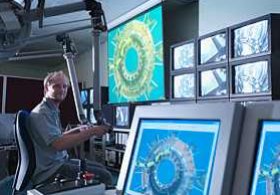 The Huge And Multinational

Following on from this is ITER to be constructed in south France at Cadarache. Its goal to create heat energy 10 times the amount of input power, ideally 500MW out from 50MW for more than 500secs.

The next stage is supposed to be DEMO, expected in 20 years.

Its aim is to produce at least four times as much energy as ITER in continuous fashion with an output 25 times the input power. It is planned to show actual power production as opposed to just heat output in ITER.

Next in line is the PROTO aimed to be the first fusion power station generator sometime after 2050.

All this will take some time and huge amounts of financial input. 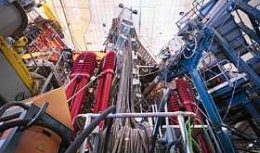 Meanwhile there are other much smaller projects out there.

The one with the current biggest financial backing of these is Tri Alpha Energy with Norman Rostoker, backed by $40 million from investors including Paul Allen formerly of Microsoft.

Prometheus II, an aneutronic system that started as the Plasmak designed by Paul M Koloc has been documented but little further information is showing. 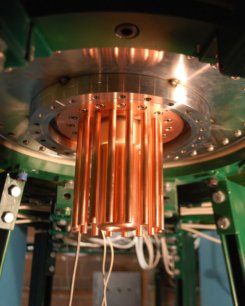 Another aneutronic project, the Dense Plasma Focus by Lawrenceville Plasma Physics , headed by Eric Lerner is showing signs of progression with some early yields since research restarted from around the end of 2008.

At the end of 2010 Reuters reported Iran asserting the goal of developing its own fusion programme to be on-line for power production within twenty years!

Fusion research is progressing from several angles. Some projects show signs of promise for future alternative energy production. Maybe one or more which is less prominent and less well funded might show results sooner than costlier ones.