Golden Gaia For Energy
Cooperation With The World

Golden Gaia may be an ideal sought in an on-line game. One that can almost effortlessly produce unexpected wealth. People leave their computers open and effortlessly collect gaia gold. What if something similar could be achieved in the real world?

Here it suggests a peak age when energy generation synchs with the principles of the interconnected and living organism that is mother earth. In this way we too truly have a chance for real and unexpected wealth.

Reflecting the ideas of golden ages in the past, like that of Greece, it incorporates a peak of cultural attainment where thought, expression, construction and physical abilities are operating at an ideal level.

With careful management it should not need to be a peak that is attained and then fallen from. But a level that we continue forward from in ever increasing wisdom and benefit.

Interestingly there are a number of people and organizations producing ideas and results that reflect a golden gaia age.

Suddenly they give hope for our future instead of despair or dread of limitation, poverty, starvation and annihilation.

Mentioning a golden age of gaia before, I used it as an idea of our advance into space and beyond. The more I have been exposed to a number of these penetrating thinkers out there, the more I see we may not need to wait that long.

What would it really mean?

What I am intending it to mean is a state, purpose and practice where we understand that complex feedback, life-sustaining and life-improving impetus that this organism of earth is involved in and seek to work in harmony with it, utilizing its ideas and methods to enhance our lives and that of the whole world about us.

So far, through our human colonization of the planet, it would seem we were only here to pillage and rape the earth. We ransack its surface, depths, and heights in seeking the resources we need to further our growth.

As others have pointed out, we tend to sift through tons of earth to refine a tiny fraction for our use. The tailings and waste from this process become more and more problematic.

What if we could take a leaf out of nature and seek to achieve our results in ways that are not toxic, that work in concert with the earth, and even enhance and improve our world?

An interesting voice hinting at changes in the wind is that of Paddy Ashdown, previously part of the British parliament. He talks of the global power shift that is going on from West to East and beyond. That governments are losing their grip on containing populations.

We see ourselves how the internet is transforming our world and how people interact with each other and the whole world. Distance no longer separates us.

The Venus Project
There are a number of varying conceptions of what the future could be for a golden gaia age. That of Jacque Fresco with his Venus Project is one that seeks to move beyond our current financial model.

Seeking to have a world where resources are for everyone and money no longer has any currency and yet individuality is stimulated, he has a particular idea for world design.

By freeing us from the need to make money and the fear of debt he feels we will each be able pursue our purposes on earth for the benefit of all.

For our energy future he sees renewables and controlled fusion as the most viable options.

From almost a polar opposite, physicist Amory B Lovins of the Rocky Mountain Institute sees economics driving change. The turn to renewable energy, vehicle and building redesign will be driven by the profit that can made from it.

In the latest book he has released through the institute he reviews our options for the way forward without modifications and then varying degrees of change. He paints both options and outcomes that inexorably lead to an awareness that radical change is the most sensible and cost-effective choice.

In promoting this he amply illustrates how the best way forward is through rethinking design and planning from the ground up.

Minor adaptations will always stop short of successful outcomes and be relatively painful. By thoroughly redesigning from the initial purposes huge benefits arise that cannot be dismissed.

Whether it is in making lightweight carbon fibre cars requiring fractional-sized engines to power them, to retrofitting the Empire State Building for energy savings where the entire fitout repaid its costs in savings over a three year period.

Illustrating a golden gaia principle he lives in a low energy requirement house in Colorado built in 1983 that can produce bananas even at elevation with below freezing weather outside. As he notes each element of the design in his home has multiple purposes or benefits.

His "Reinventing Fire" book is a brilliant exposition of these ideas.

I have noted in details on developing passive houses, which require a tenth of usual house consumption power to run them, and in information on houses that produce more power than they consume the benefits are being proven already. In golden gaia we can only improve on and benefit more from this way forward.

People like Justin Hall-Tipping, leaving development finance to focus on nanotechnology for all our benefit, are leading the way to a co-operation with the planet.

By working with the purposes and designs of the planet we can contribute to and improve it to the point we can leave an even better world for our children after us.

His conviction nature can do this has lead him to continue to pursue his idea for many years to the point where he feels real production is not far off.

The other variant nuclear fusion idea I have mentioned showing promise for very cheap power from small units also draws its inspiration from the natural way plasmas organize and collapse in our universe.

Lead by Eric Lerner with a backround in astrophysics, instead of man trying to impose his idea of order on the universe, it cooperates with natural processes. 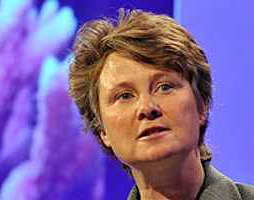 This attitude to the earth, a golden gaia focus, is what seems to stir at the depths of the founder of the biomimicry institute.

Now involved in many aspects of design from architecture to energy, biologist Janine Benyus, again cross-disciplinary in education, is transforming our approach to design.

By asking what is the function an inventor or designer is seeking to fulfill she can then approach nature to see how similar functions have already been elegantly achieved.

Whether in speaking to software designers about their particular approach to problem solving or in promoting creativity to some of our everyday needs she glows at the insights she shares that nature has revealed.

As she relates, nature so often achieves seemingly effortlessly major transformations at daily atmospheric temperatures that we employ hundreds to thousands of degrees to produce. With all the attendant cost financially and to the planet's health.

Why not, in a golden gaia way, seek nature to see how colour is produced? Or how bacterial-free surfaces can be achieved without toxic disinfectants and bleaches. Or how nature builds complex structures through simple approaches of layering and textures.

One of her ideas is being built up now for sprayable coatings to produce photovoltaic energy cheaply. Ideas for using iron for electrodes instead of rare and expensive platinum for electrolytically producing hydrogen are being explored.

From there, stimulating future designers to consider how to build an integrated world at the 50th anniversary of the Berkeley College of Environmental Design, she is also so compelling.

As she mentions 80% of the buildings we will be in for the future will be retrofitted or built from new. Getting design ideas right is essential to co-operate with the earth.

Her new site AskNature.org is gathering all the information we have on nature and organisms so inventors everywhere can access information already available to simplify or enhance their ideas. Cross disciplinary fertilization can be achieved more readily.

We can achieve wonders if we look about us and learn from skilled builders who have been present so much longer than we have.

An age of golden gaia is ahead of us if we move in concert with these wondrous thinkers all about us who have sensed something of a call or real magic in the world about us and responded to it.