Greenhouse gases are those volatile products responsible for creating the hot-house effect that have sustained and may also threaten life on planet earth. 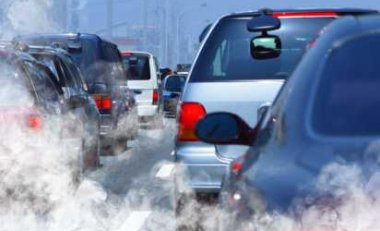 We have looked at carbon dioxide separately since it has been the major headline-producing greenhouse gas.

But there are a number of other green house gases that are of concern. Weight for weight some of these have a much more potent effect than carbon dioxide.

All but a few of these have been present in the earth from natural causes - some at much greater levels than now.

The greenhouse gas emissions of concern have been rising in atmospheric concentrations over the last two hundred or so years, since the beginning of the industrial age.

Of these the fluorocarbons and sulphur hexafluoride are the new kids on the block, arising purely from human manufacture.

More on the fluorocarbons is to be covered in the section on effects on stratospheric ozone.

But all the group are noted to have effects on the greenhouse changes that are being observed.

Sulphur hexafluoride has been useful in switching gear and other electrical equipment. It is also used medically, as a tracer gas and in magnesium manufacture.

Its greenhouse gas effect is huge with over twenty thousand times the effect of carbon dioxide over a hundred years and remaining in the atmosphere for a millennium or so.

In spite of these alarming figures its actual contribution at current levels of production is felt to be very low.

Now for those gases that have been with us throughout the earth's life. 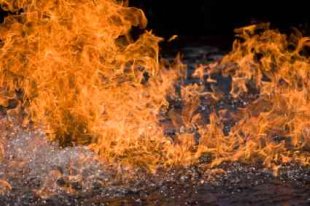 Methane has been present in much larger quantities in past geological ages. And large quantities of it exist in combination on the ocean beds.

Its greenhouse gas effect is felt to be around twenty-five times that or carbon dioxide, and if looked at over a shorter cycle, as its life in the atmosphere is not as long, maybe three times this, accounting for up to twenty percent of the hot-house effect.

Much natural production occurs through anaerobic bacterial fermentation processes about streams and coastal areas and in animal digestive systems.

Natural breaking down of organic matter under low pressure will create methane, the main component of natural gas.  Higher pressures result in coal and oil.

Leaking from natural gas pipelines contributes to some of the atmospheric green house gas contribution.

Other contribution arises from that organic breakdown that occurs from the natural fermentation process in landfills. Methane has been utilised as an alternative energy source for many years and is seeing more recent applications in landfill gas to energy conversion.

There is a contribution from water-logged rice paddies.

And increasing livestock on land will produce their own increasing methane - another man-created effect.

A "Fart Tax" For Greenhouse Gases?

In New Zealand when a "fart tax" was proposed to be introduced as part of the country's adherence to the Kyoto Protocol strong public reaction forced the government to back down on its implementation.

There is further global interest in this. There have been strong calls to ban eating meat, especially beef, as cows create some of the greatest amount of methane of all livestock.

A 2010 Time Magazine article noted that the U.N. Food and Agriculture Organization released a report in 2006 claiming 18% of the man-made greenhouse gas emissions were from livestock.

When livestock are grain-fed in barns with supplies that are grown and harvested elsewhere and then transported to the animals this might be possible.

But for cattle raised on rotated pasture feeding then there may even be a carbon saving effect especially if no added fertiliser is used. Also often land that would not be utilised for other purposes is being employed.

Viewing the apparent problem of animal created methane, genetic tinkering is being considered  and developed to breed animals that produce less of this intense global warming gas.

There are other approaches that have been shown in a number of countries around the world that have an even more beneficial effect.  Meanwhile the cry for animal free food while we employ more tortuous ways to produce plant or even chemical-based food seems to be receiving the greatest attention from many quarters.

I will explore the alternative initiatives which take a nature-based approach rather than the Frankenstein version we seem to prefer.

Following on from this is the effect of fertilisers on the land. Nitrous oxide can be produced from this use and it is one of the other known green house gases.

There is debate as to whether a thirty percent man-made contribution to the atmosphere is accurate, or whether fertilisers might create more.

Used also to increase engine performance and released in normal engine combustion as well as in the production of nylon, nitrous oxide's atmospheric concentration has been increasing.

Its weight-for-weight impact compared to carbon dioxide is figured at around three hundred times.

Ozone, which will be considered elsewhere, has an impact in warming as well. Its surface level concentrations rise as sunlight interacts with pollutants in cities, giving rise to many of the associated serious respiratory problems noted with smog.

The largest effect on a percentage basis on greenhouse type warming is that created by water vapour, both suspended invisibly in the air and in clouds.

The stickiness we feel with increased humidity is part of that effect. 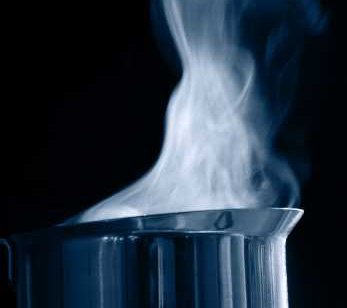 In many ways the water vapour is not directly affected by man's impact on the earth. But a number of heating and cooling applications, including our cooking, does create more.

A cascading increasing effect of water vapour is that more will be suspended in the air the warmer the temperature. Which will lead to an even greater greenhouse rise in heat trapping.

Greenhouse gases are showing significant measurable increases. The best ways to tackle these is not always as clear and simple as first thoughts would seem to suggest.