Hydroelectric power has been a godsend to those countries endowed with adequate water resources. 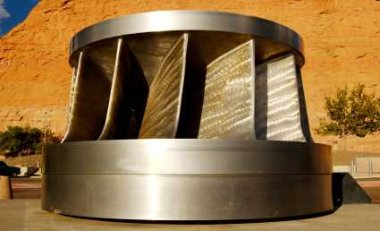 Placing a barrier across a naturally flowing river and allowing the energy from a difference in water height to produce electrical energy through generators connected to turbines seems simple physics. 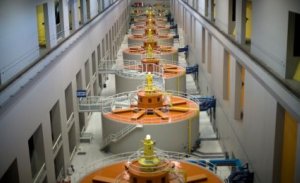 In many ways it is.

The beauty of hydroelectric power is that water is a renewable resource that is generally not consumed in the power creation.

With the headwaters established behind a dam the resource is continually available when required for constant power generation - not possible with quite a few other alternative energy renewable resources. 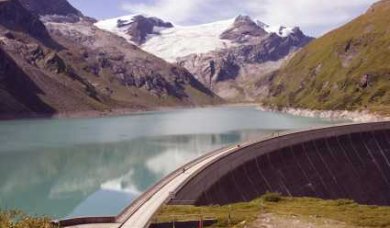 Apart from the initial construction, there is little appreciable green house gas production. In fact studies indicate it is practically the lowest producer of green house gases of any of the available energy sources.

However vegetation submerged in the reservoir lake can produce methane gas in anaerobic decay. 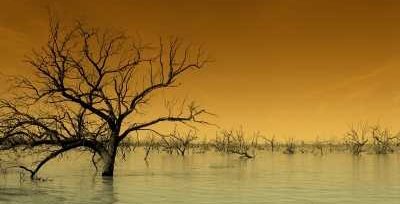 Inundation of trees with hydroelectric flooding

There are also a number of other considerations that come into play.

Barriers created by hydroelectric power dams can interfere with normal aquatic life in the rivers.

In places like Canada the dams interfered with salmon spawning grounds in the up-river return of breeding adults from the sea and the subsequent return of the young to the sea. This can have an effect on food supplies along with the natural biological process.

Ways have been found to partially overcome this problem, but it needs to be factored into any new dam creation.

To attain the necessary elevation of the head of water, creating the necessary potential energy to be harvested to drive the turbines, land up-river from the dams is usually flooded.

Two considerations arise from this - communities, historic sites and areas of natural beauty will be submerged and lost.

This has created protests in countries over the years, some successful like that in New Zealand preventing elevating of the level of Lake Manapouri planned to generate greater power.

And some not, like those around the Chinese Three Gorges dams and the Egyptian High Aswan dam where the Abu Simbel temple area and several other sites were relocated (some archaeological sites were flooded).

The other consideration is to do with the weight such a huge amount of water creates. Geological structures and hydroelectric power dam construction (which creates that typical concave structure) support the full force of this.

Unknown geological fissures, fractures and weaknesses will be stressed with the retained water. At times this has led to dam collapses with catastrophic down-river consequences.

And natural movements where they occur such as with earthquakes will test the structures at some time in their lives. Like any dwelling, office, or skyscraper a hydroelectric dam will need to withstand such events.

One way this has been avoided in the past is to redirect flow from one body of water to another at a lower level where it is not usually in communication.  This was the method used for New Zealand's Manapouri dam, passing the flow across the mountainous divide through a series of tunnels.  Care then needs to taken to ensure the natural downstream water bodies are not adversely affected. 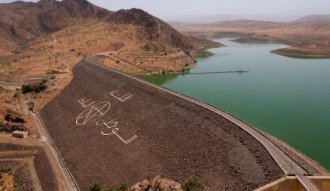 Most countries in the world share water resources either along their borders or as rivers track from one into another.

Creating an upriver dam on a shared resource can have effects on those cities, states and countries downstream.

Once the dam is filled there should be a less noticeable effect. The water is not consumed in the process of the power generation, although there will be some greater evaporation from the surface of the stored water than usually would occur from an uninterrupted stream. This will be most significant in arid and hotter climates. 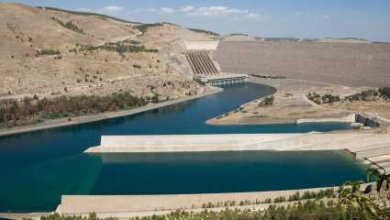 But while being initially filled, and in drier times when the supply to the headwaters is reduced, it can be tempting to hold onto more of the flow to ensure the headwaters hold their level and the power generation benefits this produces.

Other changes can be in gouging of downstream river beds with less silt deposit from up-stream, salination and even possible coastline changes.

With these significant concerns and the technological benefits of the internet and, in particular, Google Maps, there is now available documentation of changes caused by hydroelectric projects.

Hydroelectric Dam on the Columbia River

Hydroelectric energy has been a well utilised resource in the past. And there is potential for more development.

Although the water fuel is free, the cost of building the initial structure for hydroelectric power is huge.

Privately-run energy companies need to factor the costs of the construction of these edifices into their balance sheets - to continue to remain viable, pay profits to shareholders and still be wise about future developments. 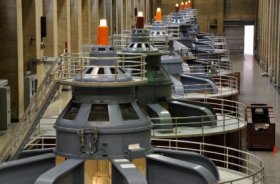 In most countries there is an increasing amount of associated bureaucracy in planning and resource consents to be worked through for each new development.

There is a long lead time from when a dam is proposed to when its resources are available for power generation.

And useful available sites are also limited. Often these can be at some distance from population centres requiring power.  Long reticulation distances may be required. 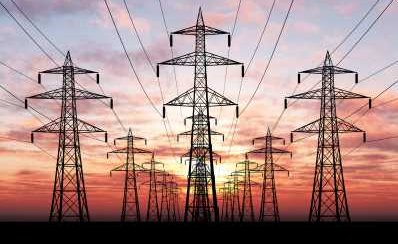 Hydroelectric power is a very attractive renewable energy source, with a number of fish-hooks in its development.

Newer ways are being developed for power generation from streams with lesser impact on the environment. These have advantages of lesser environmental impacts and the need for only local reticulation of the power.  Some of this is covered under home energy ideas from streams.

There is also up-to-date hydroelectric power news to keep track of new developments.