Iran nuclear news over the last few years has tended to create unease in the West. But what is actually happening within nuclear research in this rather unique country?

May 23, 2012 marked the beginning on the Baghdad conference with the UN Security Council members plus Germany and the Iranian representatives facing uncomfortable positions.

Israel had made its position clear. It wanted no compromise on the stand requiring Iran to stop all uranium enrichment and hand over all its already enriched stockpiles. 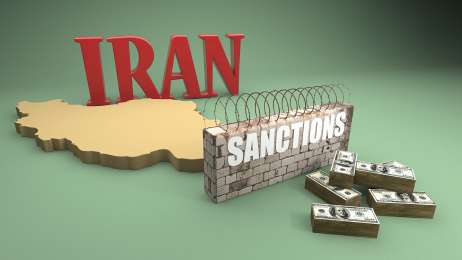 Iran was hurting badly. How much exactly can be disputed. Imposed sanctions had caused significant inflation. Basic foods and goods access had been affected.

Certainly, from its reserves, the Iranian government was financially supporting over fifty percent of its citizens to enable them to live day to day.

There appeared to be increasing friction or distance being created between its administrative head, Mahmoud Ahmadinejad, and the religious ones including Ayatollah Ahmad Khatami.

Settlement of some sort would appear helpful to all.

In its current economic crisis Europe would be better served by more freely flowing oil. The rest of the world will breathe easier if economic pressures are reduced in Europe.

Israel, though, will not feel comfortable with a less than hardline stance on Iran.

Iran nuclear news has been full of the current uranium enrichment (increasing the percentage of fissile uranium 235) from a useful energy-production target of 5% to 20%. A higher percentage is really required for weapons-grade material in the production of plutonium.

Sentiment in the West generally is sympathetic to allowing enrichment to 5% at least allowing regular nuclear power production.

This and remaining images courtesy of Plasma Physics Research Centre

In contrast to this most widely publicised nuclear angle is that of Iran's avowed interest in developing nuclear fusion.

In spite of having been repeated a number of times, most public reaction and interest seems to downgrade this side of Iran nuclear news. So much so that is hard any detailed information about exactly what Iran has done and is seeking for its future.

Strikingly on May 20, 2012, a contract was signed between Iran's University of Tehran Plasma Physics Research Centre (PPRC) and the United States New Jersey based fusion development company of Lawrenceville Plasma Physics(LPP).

They agreed to collaborate on the creation and publication of scientific papers in the field of aneutronic fusion and dense plasma focus.

This will also involve mutual supervision of PhD theses and regular exchanges on ideas for dense plasma focus design, results and simulations.

The collaboration has arisen following a call for "Fusion for Peace" echoing President Dwight D Eisenhower's "Atoms for Peace" speech to UN General Assembly on December 8 1953. His speech marked the beginning of collaboration between scientists in the West and the USSR on nuclear research at the height of the Cold War.

"Fusion for Peace" was broached during a broadcast on April 10 on the Farsi language television channel on the Voice of America. Eric Lerner from LPP and Rezwan Razani, executive director of the Fusion Energy League and co-director of the Focus Fusion Society, described a proposed joint initiative in a $200 million collaboration on aneutronic fusion between Iran and the USA.

A week later Dr Mahmood Ghoranneviss, the Dean Professor of the PPRC, also the main coordinator of the Iranian fusion effort, proposed collaboration between LPP and PPRC. Within a month he had obtained Iranian government sanction for the proposal.

Details of the agreement have been relayed to US Energy Secretary Steven Chu and the Iranian Vice President for Science and Technology and Head of the National Elites Foundation Nasrin Soltankhah, one of only two women in the Iranian cabinet. The suggestion is that it could form part of the May 23 negotiations.

What is the state of the nuclear fusion program in Iran? 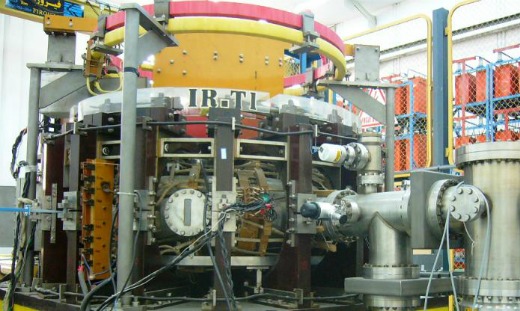 As an illustration, Iran's single insitution of the Plasma Physics Research Centre has more than 150 graduates, with 50 PhD candidates, compared with only around 90 PhD plasma physics students throughout all the USA.

Located in two buildings on 8000m2 of land within the Islamic Azad University Science and Research campus in north-west Tehran, the Plasma Physics Research Centre trains students in areas including physics engineering and engages in research.

Plasma Physics Research Centre has its own tokamak (major radius 0.45 meters) built in China in 1984 and operating at PPRC since inaugurating its nuclear research programs in 1994.

They have ion production units, multiple analytical machines and plasma production equipment for various requirements including production of nanotechnology materials.

In laser equipment they have a range of units, although more moderate in power. 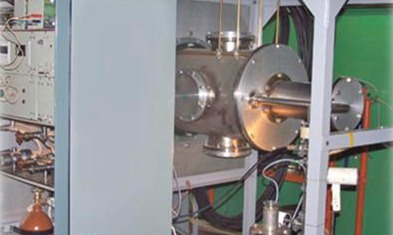 Their dense plasma focus research began in 2006. They opted for a US Mather-type device rather than the Soviet Filippov one.

How will the arrangements for cooperation in dense plasma focus affect Iran nuclear news?

The world's nervousness about Iran's nuclear fission plant developments being for more than simple energy supply could become a thing of the past.

Iran nuclear news might change totally. It might become one of the first nations to produce a viable energy supply from nuclear fusion!