A nuclear reactor offers benefits of huge power output with a relatively small amount of fuel and no waste carbon dioxide. There are some downsides particularly with ensuring safety and the disposal of long-life radioactive waste.

Nuclear waste disposal concerns have resulted in a moratorium on further nuclear power plant construction in the state of California - awaiting a federal government plan for safe storage of waste.

But at least nuclear fission has been proven as a workable means of using a nuclear reaction to produce an alternative form of energy.

The basic construction is similar to a conventional heat-generating fuel source. The fission creates heat which can heat water to drive turbines, creating electricity, or to drive a vehicle. 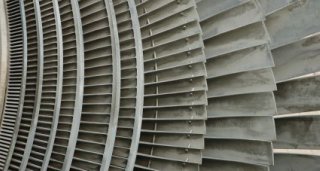 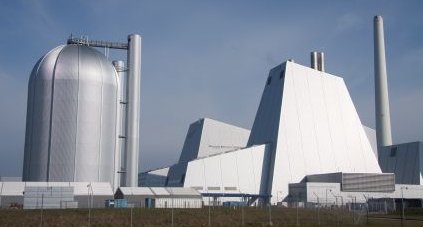 If we were to rely on uranium 235 there is estimated to be about a hundred years of this isotope available for current generation from current mining. Like trying to estimate oil reserves, this has to be regarded as only indicative and definitely not absolute. 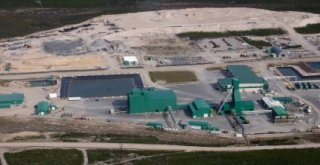 But using uranium 238 to produce plutonium gives the outlook of millions of years of fuel. These so-called breeder reactors run for decades without the need for refueling.

Bill Gates has lent his reputation to backing this type of reactor. But few exist at present. Also there have been world concerns about other possible uses of plutonium in nuclear weapons production.

Nuclear reactor at night in Russia

Conventional U235 reactors come to the end of their viable life cycle before all the uranium 235 is exhausted as the poisons utilised to control the reaction prevent full consumption.

And decommissioned reactors have created interesting problems of their own as in the Sizewell one in the UK where cooling water leaked causing some radioactivity to leak into the sea. And if the loss had not been noticed by chance by a worker and all the water had leaked there could have been a more serious fire in the old core.

A similar problem occurred at Fukushima where some of its post-tsunami problems arose from loss of cooling of removed, reactor-exhausted fuel rods.

Moderating can be done by water, regular or heavy, graphite rods and a number of other options.

Cooling can be by water as well which can as above be used as a moderator.

And the water for driving the turbines for power production can either be separated from the cooling part or part of it.

Some means of containing the whole reactor is needed for protection in the case of problems to contain escaping gases and core materials. Significant accidents have occurred over the years with the US, USSR, and more recently in Japan ones, being the most etched in people's consciousness.

Many further developments have occurred in reactor design - with containment, moderators, cooling systems and fuel construction all aimed at safer operation and refueling more efficently and effectively. 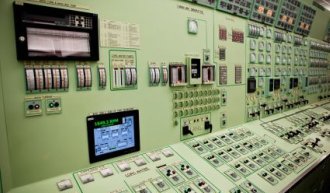 Nervousness about the control of reactors and waste disposal continue to limit enthusiastic embracing of nuclear fission as an widespread alternative energy source.

Nuclear reactors have been used for many years in sea vessel applications, mainly naval, although there are some merchant naval ships as well.

The advantage of such reactors driving ship and submarine engines is the long time they can remain operational without refueling.

The nuclear reactor has many appealing elements. But there are likewise many concerns about major deployment.