Solar farms sound like rather strange and exotic places. We are used to farms for growing food as in crops and pasturing animals.

But to farm the sun? Regular farms obviously do farm the sun already, as we are using its energy to grow grass and crops through the photosynthesis process.

Already in a number of parts of the world there are extensive installations set up to provide energy from arrays of photovoltaic cell panels. The largest of these on a single site is First Solar's Topaz project in San Luis Obispo county, California, currently producing 500MW of its proposed 550MW goal.

There is a project in India that is generating a greater total amount of energy, but this is achieved with an agglomeration of a large number of smaller farms.

When we think also of areas of the world where crops will not grow due to soil conditions, lack of water and irrigation possibilities, turning a number of these areas into solar farming to collect the sun's energy makes a fair amount of sense.  More rigorous consideration is needed though to ensure such choices are best for the planet.

The other main method of harvesting solar energy is using its heat to create long term storage of energy as heat.  This overcomes the variability of a photovoltaic approach.  It does require the extra step of generating electric power through a turbine process.

Many solar farms based on capturing the sun's heat are already on-line with others being established.  Their collection methods vary in the types of mirrors used and the collection systems employed.

None has yet reached the maximum generation potential of the largest photovoltaic approach.  But that could all change with the largest proposed project in the Desertec approach which I have explored in this site.

There are practical considerations like the distance these areas are from cities, towns and other areas that will use the power produced. It is still necessary to feed the power through some reticulation system.

There are power losses which become greater the further the distance it needs to be transported. And there is the cost of providing that reticulation and aesthetic considerations for the environment from the reticulation system, especially if above-ground power lines are used. 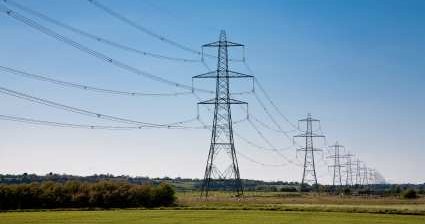 Aesthetically we need also to consider the appearance these farms will have. And the impact they will have on the land they are situated on - both from the direct appearance and also from any glare generated.

Also to maximise utilisation of the sun's energy, being able to vary the orientation of any panels to the sun's position in the sky, creates other requirements.

In non-moving arrays, having panels oriented to the direction and angle that maximises the energy harvesting at the maximal energy point is crucial.

Like all farms, there is the need to consider the climate. For crop harvesting we are concerned about adequate rainfall, protection from strong winds etc.

A sun-harvesting farm ideally needs the least rainfall with the least cloud cover. But such an area would need to be close enough to an appropriate population centre to be serviced as required.