This fusion glossary defines some of the terms used in this general section and in other references that you may find relating to fusion. 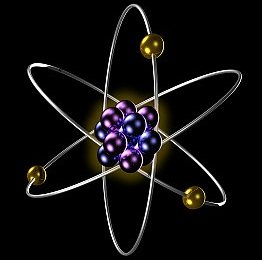 bremsstrahlung cooling - loss of plasma energy (with temperature fall) through electromagnetic radiation, like x-rays, produced by electrons and ions as they are deflected by other nearby atomic particles, slowing their velocity.

tritium - hydrogen isotope with one proton and two neutrons in nucleus

deuterium - hydrogen isotope with one proton and one neutron in nucleus

electron-volts eV - measure of energy based on accelerating an electron through one volt. In plasma physics it can give temperature of a plasma in Kelvin by dividing value by the Boltzman constant.

helium - second element in periodic table, inert gas, known as alpha particle for it nucleus - product of a number of fusion reactions

inertial confinement - a method of studying and utilising plasmas in collision-types reactions such as in the NIF project.

ions - atoms or molecules with a differing number of electrons compared to nuclear protons, creating a charged particle

isotopes - variations in the nucleus of atoms, having the same number of protons and varying numbers of neutrons

magnetic confinement - a method of controlling plasmas and fusion reactions utilising magnetic fields - electromagnetic and other - to contain otherwise very hot and unstable material as with the Tokamak and the stellarator. 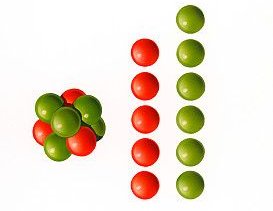 plasma - the fourth state of matter where with heat causes molecules to separate into individual atoms and, separating from some electrons, become charged particles allowing magnetic fields and electrical currents to be conducted through and influence it 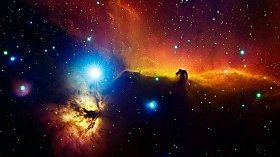 plasma physics - study of the properties of plasma. Can involve astrophysics or laboratory studies

quarks - basic unit of atomic nuclear particles - several types demonstrated, but for the regular matter we are using in fusion two basic ones: u - up quark with charge of +2/3e and d - down quark with charge of -1/3e. Applications of this can be seen in the Australian Star Scientific and Japanese muon research process.

More fusion glossary terms will be added from time to time as found necessary and useful.