Following renewable energy news gives a window on the future. With the demand for clean energy growing, developments in the wind could change directions overnight.

Renewables imply inexhaustable or replaceable sources. At present they include wind, solar, ocean energies, hydroelectricity, biodiesel and other biofuels. 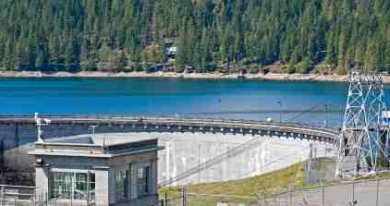 While they all fall within the same group there are wide variations in their use, reliability and impact on the environment.

Being able to replace our thirst for petroleum products, biofuels hold great appeal in their apparent simplicity.

Seeming to accelerate the natural process of oil creation which occurred through plant products undergoing a transformative process over millennia. Biofuels take only a growth cycle of a season or so to be followed by an extraction process.

They can be grown in areas that may not have their own natural oil reserves. Supply can be increased through direct planning.

Engine design needs no major alteration to use them.

Growing the fuel source fixes carbon dioxide through the photosynthesis process. Yet, when these fuels are utilised they create their own new carbon dioxide. Processing them creates other environmental impacts.

Of greater concern in renewable energy news, though, is the use of land that could produce food to create fuel to run our cars, trucks and planes.

Often the regions that are used for the growth are in lands that already bear photosynthesising crops - such as in rainforests which are being levelled as an example for oil palm growth. Much less photosynthesis results from the relatively smaller and especially juvenile plants. 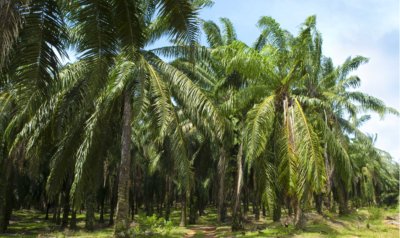 How wise is it then to place so much emphasis on these crops and this source of alternative energy?

Keeping watch on continued renewable energy news items relating to this source, the impacts on food growing and rising food prices, and the political and other pressures on this industry is vital for understanding our future and where we should be headed for energy research.

Probably the most acceptable and widely backed renewable sources at present are wind and solar energies.

So much so that there were large government incentives to increase production of energy through these methods. Some financial reward was considered important in view of the higher costs for producing energy these ways.

Two results occurred as a consequence. First the substrates such as the panels for solar energy rapidly decreased in price as production rose on increased demand. Second the sudden curtailing of these subsidies through many countries caught many people unprepared.

Renewable energy companies with plans in motion for large scale alternative energy solar power plants had to suddenly reassess the financial viability of pursuing them.

Producers of the various panels found demand suddenly plummet. They had an over-supply. That might help reduce prices initially as the surplus panels are off-loaded onto the market. But what of future supply and development?

In renewable energy news concerns about wind energy turbines causing health problems within quite a wide radius have been increasingly reported. Enough that governments are feeling the need to seek further information.

Much of this is covered elsewhere already on this site in the new section on wind and under wind energy in a couple of pages relating to health concerns.

News on it can be followed under the wind energy news items and the Google news items gathered there.

Hydroelectric power being one of the cleanest energy sources around as far as carbon footprint is concerned has great appeal and again is looked at elsewhere under news and specifically regarding that source.

There are limits to how many resources can be developed this way. But there are approaches that allow power production from smaller, less imposing dams.

The newer, other water related sources mainly in the ocean with currents,waves and tides are showing increasing promise, especially in efficiency of production.

Generally they do not suffer as much from intermittent production so much as wind and solar sources do. Tides, waves and currents tend to be in play year long or through certain seasons.

New turbines such as the Gorlov helical one offer promise for exploiting these sources in a very efficient way.

Renewables have appeal in their unlimited source. We should be able to endlessly use them for our unending power needs. As long as doing so does not ruin our world and the enjoyment of future generations on this planet.

Costs of the various sources and their harvest varies.

Actual energy production for a unit of fuel can vary.

Sources like wind and solar that are intermittent need either some back-up power generation to cover down times - an expensive option.

Or else they require some method to store such power.

In homes battery charging can be used.

Other methods usually are required for community generation. Hydrogen gas production is one way. Other methods such as building a pressure source from pumped water or similar liquids are proposed.  With solar thermal options, the heat can be stored as molten salts and other similar liquids.

To be up with the latest information, thinking and supply for these sources, renewable energy news is invaluable.

To keep abreast of the most recent changes check back on renewable energy changes in process here.

For a take from Bing's perspective you can follow the links at this point.

Do You Have Some Renewable Energy News?

Do you have some breaking or important news that would be great for us all to know about? What about thoughts on where we should head? Maybe about food costs affecting you? Share it!